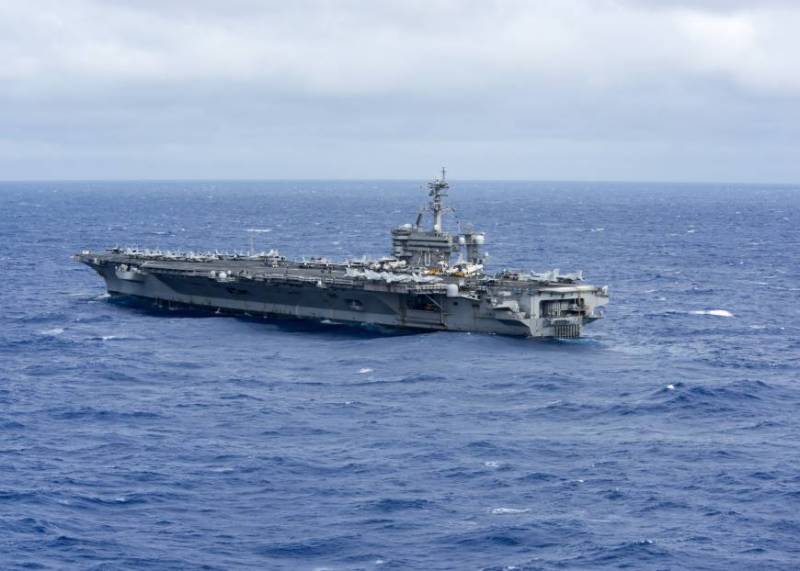 California, United States (Reuters): A United States aircraft carrier strike group has started patrols in the South China Sea following growing tension with China over control of the disputed waterway and concerns it could become a flashpoint under the new U.S. administration.

The U.S. navy said the force in an announcement posted on the Vinson's Facebook page, including Nimitz-class aircraft carrier USS Carl Vinson, began routine operations in the South China Sea on Saturday.

The strike group's commander, Rear Admiral James Kilby, said that weeks of training in the Pacific had improved the group's effectiveness and readiness.

He was quoted as saying by the Navy News Service, "We are looking forward to demonstrating those capabilities while building upon existing strong relationships with our allies, partners and friends in the Indo-Asia-Pacific region."

Friction between the United States and China over trade and territory under U.S. President Donald Trump has increased concerns that the South China Sea could become a flashpoint.

China wrapped up its own naval exercises in the South China Sea on Friday. War games involving its own aircraft carrier have unnerved neighbors with which it has long-running territorial disputes.

China lays claim to almost all of the resource-rich South China Sea, through which about $5 trillion worth of trade passes each year.

Brunei, Malaysia, the Philippines, Taiwan and Vietnam also claim parts of the waters that command strategic sea lanes and have rich fishing grounds, along with oil and gas deposits.

The United States has criticized Beijing's construction of man-made islands and build-up of military facilities in the sea, and expressed concern they could be used to restrict free movement.