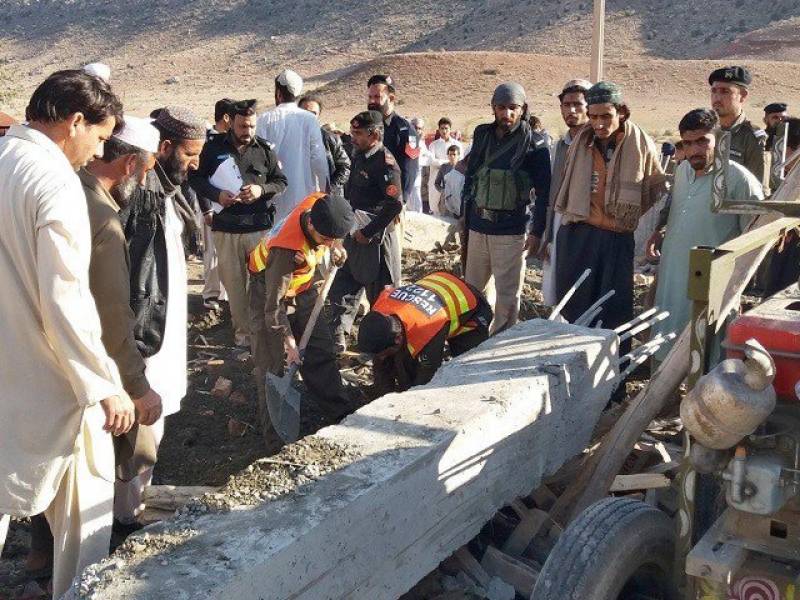 Kohat (Staff Report): At least six labourers were killed and two others were injured when an under-construction gate collapsed in Shindand area of the Frontier Region of Kohat on Sunday.

As per details, the Bab-i-Jawaki gate, being constructed at the boundary of the district with the adjacent tribal region near the cadet college Kohat on Rawalpindi road, was ready for putting up its roof when it fell down.

As a result, six workers belonging to various parts of the province were buried alive while two were rescued and shifted to the KDA hospital.

At least 19 labourers killed as truck loaded with cement overturned