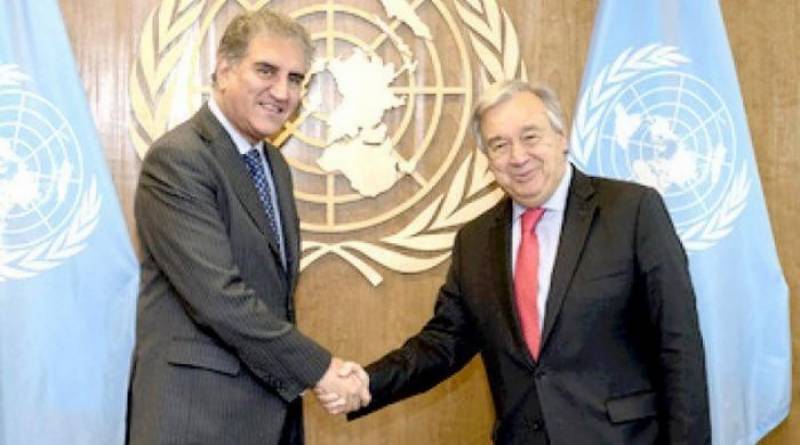 Qureshi, in the letter, has requested the UN secretary general to play his part in the de-escalation of current tensions created by irresponsible attitude of the Indian government after the Pulwama attack.

He also raised concerns over the "negative tactics" used Prime Minister Narendra Modi's government ahead of the elections in India.

“Attack in Pulwama in IoK is a matter of grave concern. We have always condemned heightened acts of violence in Valley. We strongly reject any insinuation by elements in Indian government and media circles that seek to link the attack to State of Pakistan without investigations,” FO Spokesperson Dr Faisal said.

On Thursday, at least 44 Indian security personnel were killed in the deadliest attack on government forces in Pulwama.