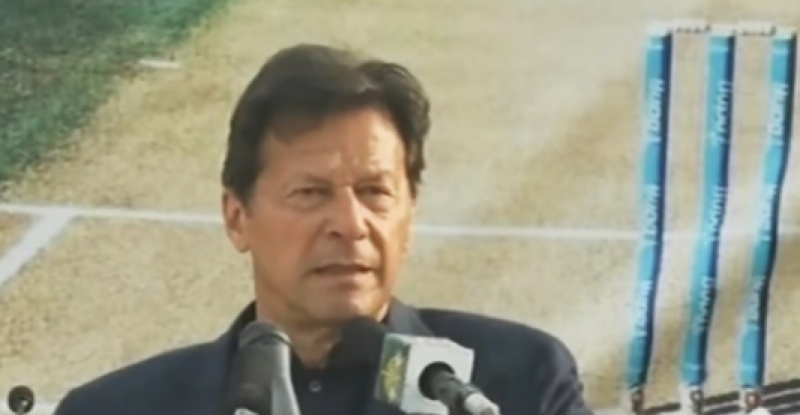 Kamra (Web Desk): Prime Minister Imran Khan has said that opposition is planning to “buy” PTI lawmakers to get more of its candidates elected to the Senate.

Addressing a tree plantation ceremony in Ghazi Barotha on Friday, the premier again hit out at the opposition for opposing his proposal to hold next month’s Senate elections through open ballot, saying a “mandi (market) had set up to buy politicians and rates have been fixed”.

“There was a time when the opposition parties advocated for an open ballot in the Senate elections but were today calling for the use of secret ballot,” he said.

The PM also announced setting up of Special Technology zone at Kamra. He said the entire Punjab, including Attock district, will be provided with universal health coverage under Insaf Health Card by the end of this year. The Prime Minister said it has been government’s policy to give priority to local people for jobs in projects established in an area.

Pakistan is among the ten most affected countries of the world by the negative impact of the climate change. He asked the youth to protect trees and the government will provide them sports grounds.