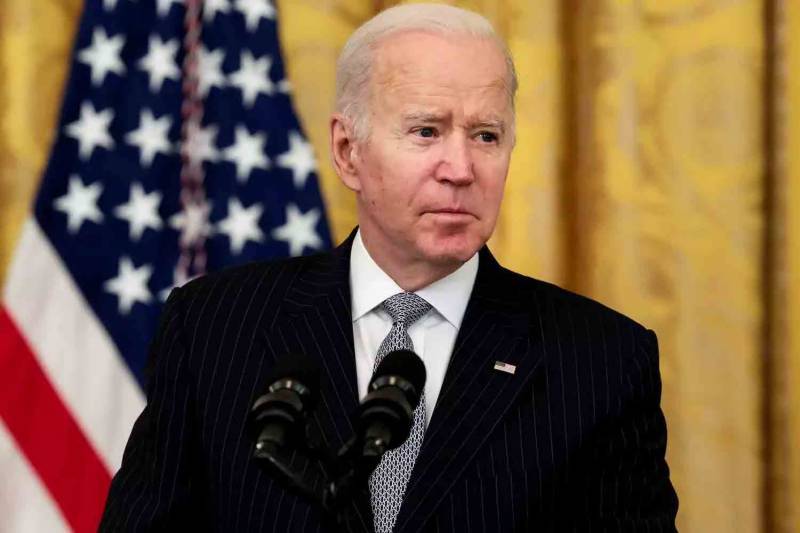 Talking to reporters in Washington, he said Russian troops currently have surrounded Ukraine and that Washington believed Moscow would target Ukraine’s capital, Kyiv.

He also accused Moscow of preparing a “false flag operation” as a pretext for an attack and said this could happen “in the next several days.”

“They have not moved any of their troops out. They’ve moved more troops in,” Biden said. “Every indication we have is that they’re prepared to go into Ukraine.”

On the other hand, Russia denies planning to invade its neighbour and said this week it was pulling back some of the more than 100,000 soldiers it has massed near the frontier.

Washington says Russia is not withdrawing, but in fact sending more forces.

However, Russia has announced to hold massive drills of its strategic nuclear forces on Saturday amid US President Joe Biden’s warning that Moscow might be preparing to invade Ukraine.

A statement issued by the Russian defence ministry said that President Vladimir Putin will observe the military exercise during which practice launches of intercontinental ballistic missiles and cruise missiles will be conducted.

Kremlin spokesman Dmitry Peskov said Putin would oversee the drills from the Defense Ministry’s situation room where he would also be joined by Belarusian leader Alexander Lukashenko.

He said that Russia had already informed foreign partners about the military drills in advance, adding that the West should not worry over the regular exercise.

"Practice launches of ballistic missiles are part of regular training," a media report quoted him as saying.

Meanwhile, United Nations (UN) Secretary-General Antonio Guterres said Friday that he still believed military conflict in Europe “will not happen” – but if it did, “it would be catastrophic”.

Addressing world leaders at the Munich Security Conference in Berlin amid an intense spike in shelling in eastern Ukraine by opposing sides, and a concentration of Russian troops around the country’s borders, the UN chief said that it was high time to “seriously de-escalate” the crisis.

“There is no alternative to diplomacy,” he said, adding that “all issues, including the most intractable, must be addressed through diplomatic frameworks”.

Quoting from the UN Charter, which Guterres defended as a fundamental pillar of international law, he said that all nations “shall settle their international disputes by peaceful means, in such a manner that international peace and security, and justice, are not endangered”.

All parties should be “extremely careful with their rhetoric”, the UN Secretary-General continued, after noting that the threat to global security today “is more complex and probably higher” than during the Cold War.

During that era, Guterres explained that safeguards and safety checks existed to allow nations to prevent crises by using “back-channels”.

Today however, “many of those systems no longer exist and most of the people trained to use them are no longer here”, he insisted, while “miscommunication or miscalculation can make a minor incident between powers, escalate out of control”.