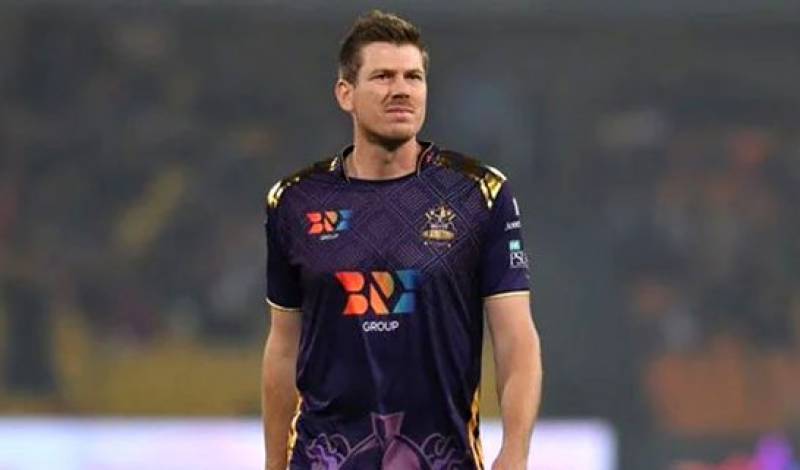 Lahore (Web Desk): The Pakistan Cricket Board (PCB) and franchises on Saturday unanimously decided to not draft Australia's James Faulkner in future editions of the Pakistan Super League (PSL).

According to a detailed press release issued by the PCB and Quetta Gladiators, the board had taken serious note of Faulkner's gross misconduct and termed it an attempt to bring the PCB, Pakistan cricket, and the PSL into disrepute.

“The PCB and Quetta Gladiators are disappointed and dismayed with the reprehensible behaviour of Mr James Faulkner, who was also part of the Abu Dhabi-leg of the HBL Pakistan Super League in 2021, and, along with all participants, has always been treated with utmost respect.

The statement said that in the last seven years of PSL, no player has ever complained about the nonfulfillment of the PCB’s contractual obligations.

It noted that all have only praised and appreciated the efforts of the PCB to make their stay, appearance and participation as comfortable as practically possible.

The PCB, without going into the history of Faulkner’s misconduct over the past many years that had also resulted in his fallout with other teams, provided a brief summary of some of the undisputed facts:

Earlier on Saturday, Faulkner pulled out from the remaining matches of the ongoing seventh season of PSL and accused the PCB of not "honouring" his "contractual agreement".

In a series of tweets, the Australian cricketer said that the treatment he received from the PCB was a disgrace.

In response, the PCB stated said it had taken notice of Faulkner's allegations and would release a detailed statement on the matter.