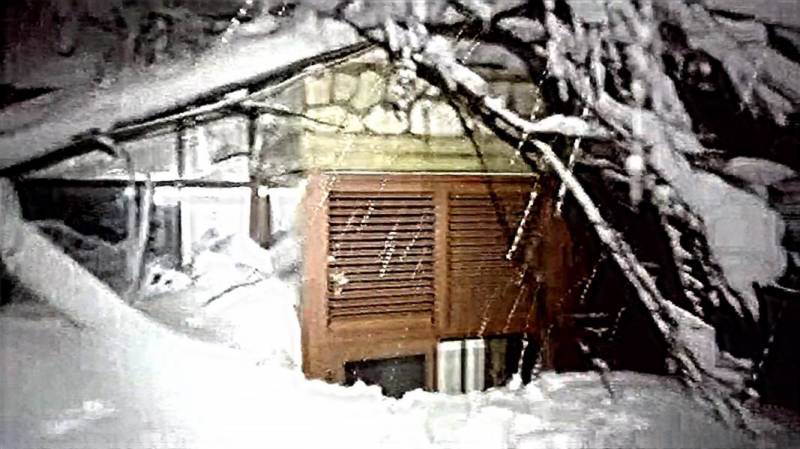 Rome (Reuters): A number of people have been killed after a small hotel was hit by an avalanche in the mountains of central Italy overnight, apparently triggered by a series of strong earthquakes, up to 30 people might be buried under the snow, officials said.

Fabrizio Curcio, head of Italy´s civil protection department, was quoted as saying by Italian media, "Around 30 people are unaccounted for, between guests and workers at the Hotel Rigopiano in Farindola."

Other officials said it was too early to say if anyone might have died, with the rescue operation hampered by up to 5 metres (16.4 ft) of snow which has fallen on the Gran Sasso mountain range in the central Abruzzo region in recent days.

Luca Cari, spokesman for the national fire brigades said, "We´re dropping our rescue units down by helicopter and they are starting to dig."

Italian media earlier reported that "many dead" had been found inside the hotel.

However officials in the area denied the report.

Four quakes of magnitude 5.2 and higher struck near the hill town of Amatrice, some 100km northeast of Rome, in the space of four hours. Much of the area had already been abandoned after last year's earthquakes.

The central Lazio, Marche and Abruzzo regions have been grappling with heavy snowfall, and one man aged about 82 died after the snow and one of the tremors caused the roof of a farm building to fall on him, a fire service spokesperson said.

Some other abandoned buildings collapsed after the earthquake, but no other deaths or critical injuries were reported, the spokesperson added.

In Rome, buildings wobbled and the underground metro system was shut for several hours. Schoolchildren were sent home, and museums told visitors to leave.