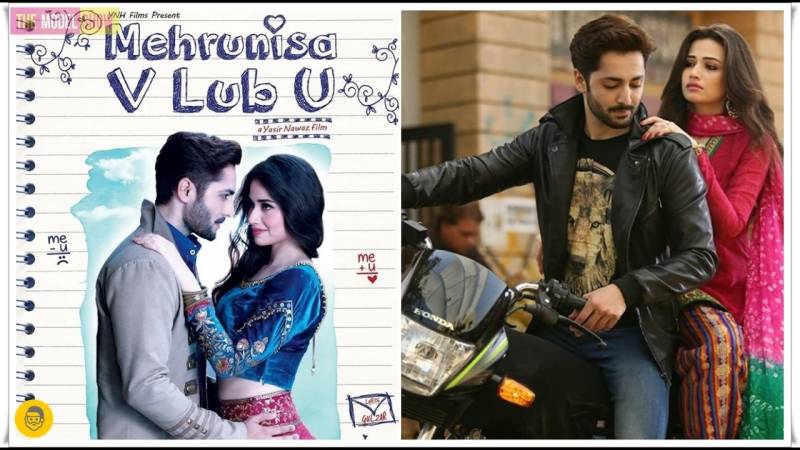 Lahore (Staff Report): After a commercial success of his 2015 film ‘Wrong Number’, director Yasir Nawaz is coming back with another romantic comedy, titled Mehrunnisa V Lub You.

Leading roles of ‘Mehrunnisa V Lub You’ Starring Danish Taimoor and Sana Javed, the film has entered the last spell of shooting and is expected to come out on Eid ul Fitr, this year.

Taimoor told, “Mehrunnisa V Lub You will release on Eid ul Fitr”. He added, “It’s a romantic comedy with a great message at the end. It has all the ingredients required for a good commercial movie.”

However the actor didn’t reveal anything about his role and the film as he is under a confidentiality contract.

After Jalaibee & Wrong Number, Mehrunnisa V Lub You will be Taimoor’s third film since the revival of cinema began the film marks Sana Javed’s debut into films, who is playing the titular character of Mehrunnisa.

In an earlier interview, Sana exposed that her character is a progressive one and the film carries a very strong message. Mehrunnisa V Lub You also features veteran actor Javed Sheikh and model turned actress Amna Ilyas, who will appearing in one of the film’s songs.