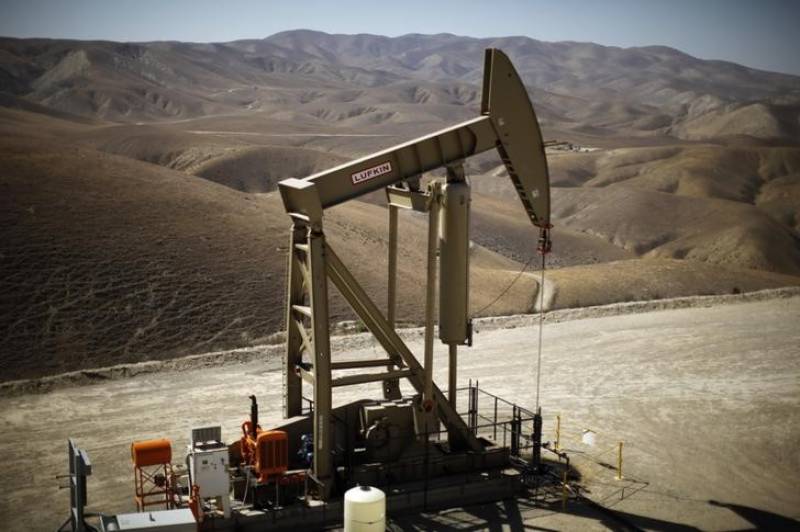 Brent crude futures LCOc1, the international benchmark for oil prices, were at $48.81 per barrel at 0259 GMT, down 3 cents from their last close.

Outside the United States, supplies from the Organization of the Petroleum Exporting Countries (OPEC) remained high, largely because of rising output from member-states Nigeria and Libya, despite the club's pledge to cut production.

"The increment of crude oil supply from Nigeria and Libya in June vs. October 2016 reference production levels comes to 450,000 barrels per day on average. This is almost 40 percent of the 1.25 million barrels per day cut by the OPEC 10 members engaged in supply restraint," the bank said.

Nigeria and Libya are exempt from the deal between OPEC and other producers, including Russia, to cut production by around 1.8 million barrels per day between January this year and March 2018 in order to tighten the market and prop up prices.

"Talk of capping Nigerian and Libyan output has been growing fast (within OPEC). But it is very unlikely that both countries will acquiesce to a cap so soon after restoring production," BNP said.

On the demand side, BMI Research warned that China's near record refinery use of crude oil in June would likely fall in the second half of the year.

"The pace of refining throughput growth in China is set to ease in H2, as the Chinese economy loses steam amid intensifying efforts to curb financial risks, and utilization rates at the independent private refineries soften amid lower quotas and a tighter regulatory environment," BMI said.

Amsterdam-based VEON is working to overhaul its classic mobile phone business by offering free or low cost services. It ranks among the world's 10 largest communications network operators, with around 235 million customers in 13 countries.

VEON's makeover is among the more radical reincarnations being considered by the world's telecom industry, which is stuck in a rut of falling prices and tight regulation.