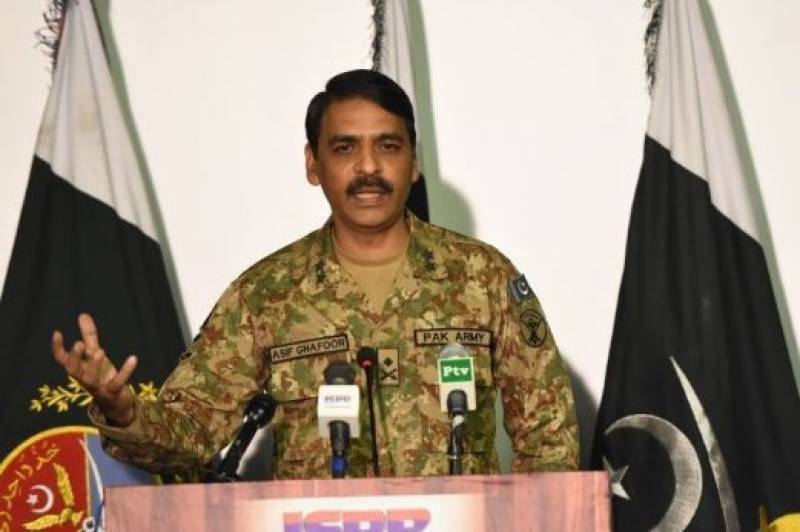 Rawalpindi (Staff Report, Agencies): The Inter Services Public Relation (ISPR), media wing of Pakistan Army has denied threat alerts to various cities on social media and said that the “such propaganda is a malicious attempt to  spread fear “.

DG ISPR Major General Asif Ghafoor said that “false threat alert to different cities” are circulating on social media that are being attributed to ISPR. He urged the general public to keep an eye on such false phone calls and propaganda.

'ISPR’s official website can be accessed to verify information [attributed to the armed forces],' reads the press release.

The army's media wing further stated, "This propaganda is a condemnable effort to spread fear [among citizens]. Citizens should keep an eye on fake calls, propaganda.'

“The ISPR has issued no such alerts to any city, public should keep themselves from fake news and visit the official website of ISPR for confirmation” he said.