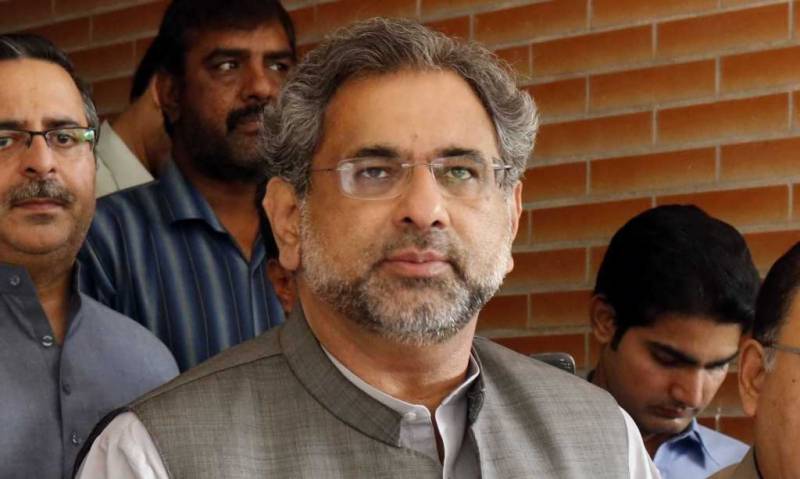 During proceedings, Abbasi said: "They are seeking remand, give them remand."

"I have fully cooperated with NAB, but I was still arrested," the former PM complained, adding: "I know why they are asking for remand."

Abbasi asked the court to grant NAB 90-day physical remand. However, judge Bashir said that on the basis of the law, 90-day remand could not be granted in one go.

The court instead granted the accountability bureau 13-day remand of the former premier and ordered NAB to present him on August 1.

Shahid Khaqan Abbasi was arrested by a 12-member NAB team from Lahore on Thursday in a case related to the award of a liquefied natural gas (LNG) import contract.

According to details, Abbasi, accompanied by PML-N leader Ahsan Iqbal and spokesperson Marriyum Aurangzeb, was on his way to attend a press conference when he was arrested on the Thokar Niaz Baig interchange.

The former PM was shifted to NAB office in Lahore after a medical check-up and later was taken to Islamabad.