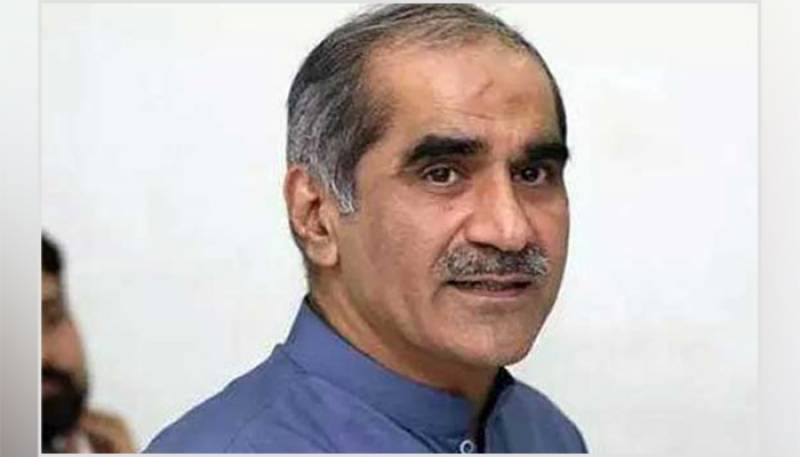 The decision came after the PML-N faced defeat in the Punjab by-elections on 20 constituencies on July 17 against the PTI.

The PTI won 15 seats, while the PML-N managed to secure only four, and an independent candidate grabbed one.

Addressing a news conference alongside PDM and allied parties leaders, he urged the masses to avoid speculation about the constitutional term of the government.

Khawaja Saad Rafique said that recently held by-elections in Punjab were not the real parameter to assess the popularity of any party as PML-N got more votes as compared to 2018 general election.

He said that the PML-N leadership has made sacrifices for democracy, adding that the party knows how to save its politics but it decided not to do so.

Calling PTI chief Imran Khan a "misguided and mischievous" man, the minister said that the former had always done politics with the support of ‘umpires’.

“Imran wants chief justice, army chief and other [heads of institutions] of his own choice in a bid to exercise control over them,” the PML-N leader said.

He said that the coalition government led by the PML-N has decided in principle that the next general elections in the country will be held on time as coalition parties refused to budge under the pressure of the former premier Imran Khan.

The minister urged the Election Commission of Pakistan (ECP) to announce the 'long delayed' verdict in PTI prohibited funding case.

Speaking on the occasion, Jamiat Ulema-e-Islam (JUI-F) leader Akram Khan Durrani said that Imran Khan was attacking the ECP and the judiciary, and was constantly humiliating the institutions.

"If the PTI chief does not stop, the law will take its course," said Durrani.

Earlier, the meeting was attended by Prime Minister Shehbaz Sharif and heads of all the coalition parties, in which the overall political situation of the country was discussed.