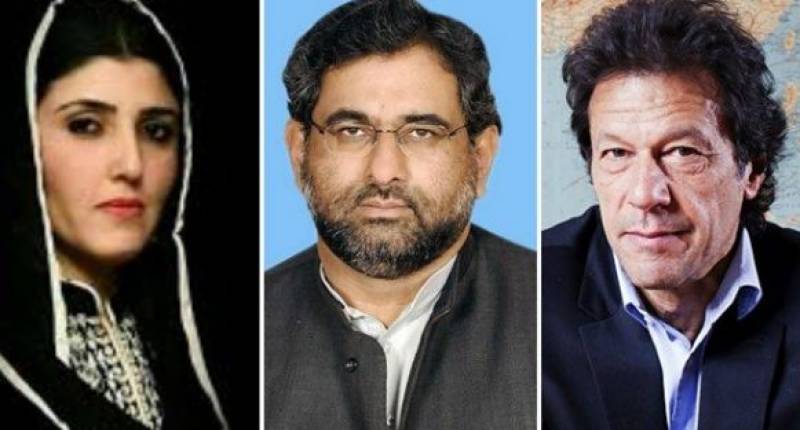 According to the RO, Khan, Abbasi, Gulalai and Mehtab Abbasi did not fill the affidavit as per its requirement and the rejection comes over violation of Section N of the affidavit.

‘The candidates did not comply with the orders of the Supreme Court in their nomination papers,’ remarked the returning officer.

Imran’s nomination papers for the NA-53 constituency in Islamabad were challenged earlier this month by Pakistan Justice and Democratic Party candidate Abdul Wahab Baloch, who contended that the PTI chief did not fulfil the criterion under articles 62 and 63 on the issue of Sita White and her daughter Tyrian.

During the hearing of the case regarding the objections raised against Khan on Tuesday, his counsel Babar Awan read Article 62 of the Law of Evidence (1984), arguing that the reservations against his client were unfounded and unsubstantiated.

The senior lawyer said that the accusations against PTI supremo had no legal value as one of the reservations that pertain to his illegitimate daughter Tyrian White have never been proved with any evidence nor have any claims been made by the 26-year-old girl or her mother.

NA-53 is one of the five constituencies for which the PTI chief is contesting the forthcoming polls; the verdict regarding his nomination papers for NA 53 was reserved earlier on the day.

The decision regarding Imran’s candidacy for NA-243 is still reserved while he has been cleared to contest polls for NA-131 seat of Lahore.