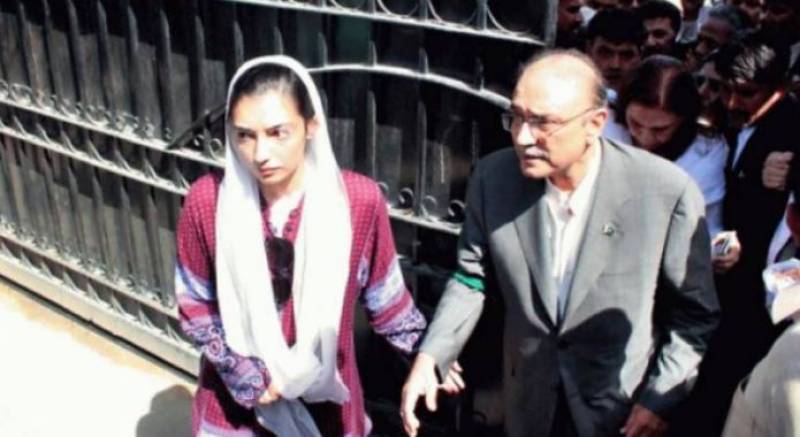 Asif Zardari’s counsel Farooq H Naik had filed a petition on behalf of the children for the meeting.

On June 14, Zardari's sister and PPP leader Faryal Talpur was also taken in to custody by a team of the accountability watchdog in a case related to fake bank accounts.

She was placed under house arrest as NAB officials declared her residence in Islamabad a sub-jail.

The NAB officials presented the PPP leader before the accountability court on June 15 and sought a 14-day physical remand for her.

The court, after hearing the arguments, granted NAB a nine-day physical remand for Talpur. The remand will last till June 24.

This is pertinent to mention that the NAB is investigating four cases where the former president and his sister are the prime accused.