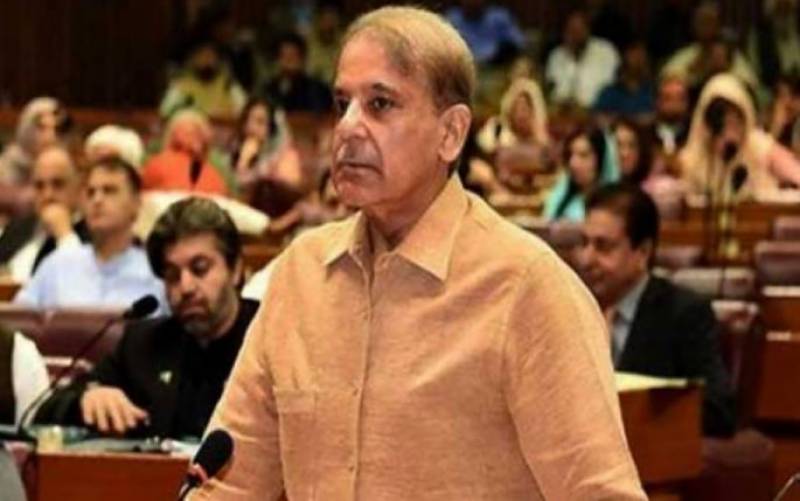 In his hours-long post-budget speech in the National Assembly on Wednesday, the PML-N president said that the PTI government's budget, which he claimed was prepared by the IMF, was like a ruthless sword slitting the common man's throat and the farmer's livelihood.

Criticising PTI government’s ten-month performance, Shehbaz said that the price hike has added to the woes of common man.

“PTI had made big claims of turning around the economy and bringing revolution in the lives of people but it failed to deliver”, he said.

Shahbaz Sharif said focus of budget should have been employment generation, reduction in inflation, GDP growth, bolstering exports and ensuring socio-economic justice. He said all these elements are missing in the budget.

The PML-N chief said the government has imposed seventy percent indirect taxes in the next budget which will burden the common man.

He said that PTI had promised to construct five million houses but has not allocated any amount in the budget for this purpose.

Shehbaz Sharif also expressed concerns over raise in the gas and power tariff.

He demanded that the minimum wage of the employees should be fixed at twenty thousand rupees per month. He added that the salaries of government employees up to scale sixteen be enhanced by fifty percent.

He said allocations for education and health be enhanced. He also demanded revival of zero rated facility for the export oriented industry.

“We are prepared to sign a charter of economy with the government to take forward the country”, he said.

The opposition leader called for collective efforts to steer the country out of economic challenges.