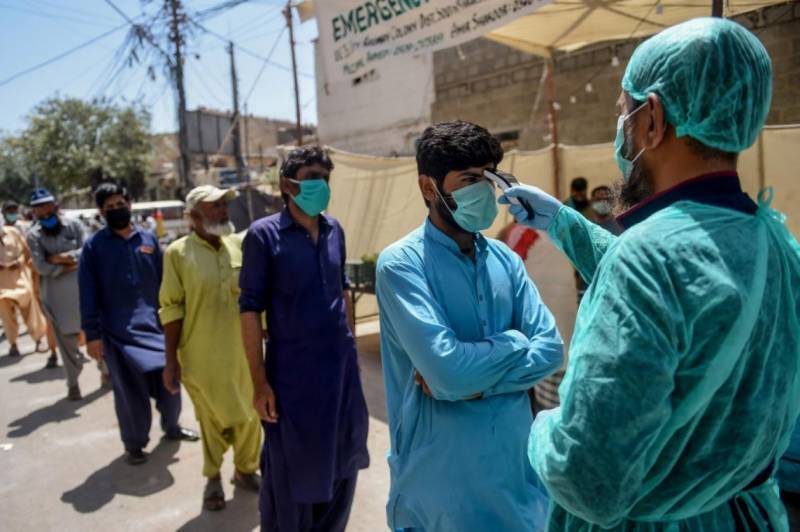 Lahore/Quetta/Karachi/Peshawar (Staff Report/Agencies): The number of confirmed COVID-19 cases in Pakistan rose to 947,218 on Saturday after 991 new coronavirus cases surfaced in the country during the last 24 hours.

As per National Command and Operation (NCOC) data, 46,269 tests were conducted while positivity ratio remained 2.14%.

According to the government's COVID-19 portal, the death toll related to coronavirus has reached to 21,940 with 27 fatalities reported during the last 24 hours.

Over the last twenty four hours, total number of recovered COVID-19 patients across the country reached 889,787 after another 1,282 virus recoveries were reported.

Meanwhile, the World Health Organization’s (WHO) chief scientist on Friday said that the Delta variant of COVID-19, first identified in India, is becoming the globally dominant variant of the disease.

Soumya Swaminathan also voiced disappointment in the failure of CureVac's vaccine candidate in a trial to meet the WHO’s efficacy standard, in particular as highly transmissible variants boost the need for new, effective shots.

Britain has reported a steep rise in infections with the Delta variant, while Germany’s top public health official predicted it would rapidly become the dominant variant there despite rising vaccination rates.

It is pertinent to mention that the global coronavirus cases have reportedly surpassed 178.608 million and death toll tops 3.867 million.