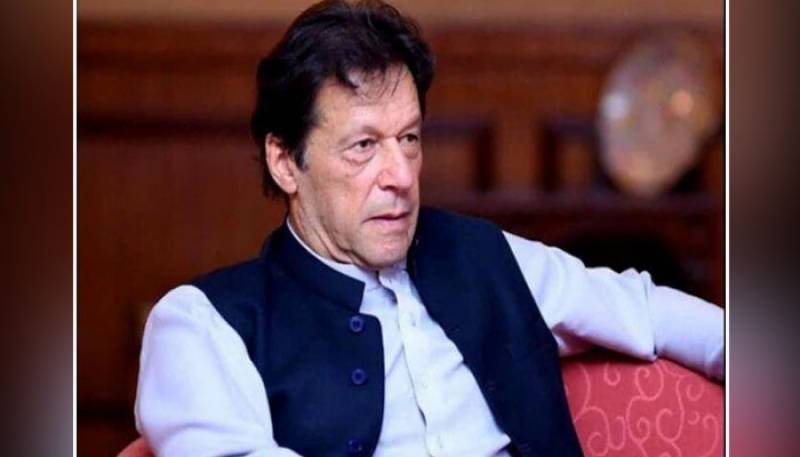 Islamabad (Web Desk): Prime Minister Imran Khan has said that Pakistan will ‘absolutely not’ give its bases to the United States (US) and will not allow use of its territory for any sort of action inside Afghanistan.

In an interview with Jonathan Swan of HBO Axios, which will be aired on Monday at 3:00am, the premier said that he will not allow the US’s Central Intelligence Agency (CIA) to use bases on Pakistan’s soil for cross-border missions after American forces withdraw from Afghanistan.

In an excerpt of the interview shared on Axios website to be aired on Sunday, the interviewer Jonathan Swan questions, “Would you allow the American government to have CIA here in Pakistan to conduct cross border counter terrorism missions against Al-Qaeda ISIS or the Taliban?

“Absolutely Not. There is no way we are going to allow any bases, any sort of action from Pakistani territory into Afghanistan. Absolutely not,” PM Imran responded.

Stunned over his clear-cut response of “absolutely not,” the interviewer interrupts the prime minister asking “seriously” to reconfirm his words.

Few days ago, Foreign Minister Shah Mahmood Qureshi, speaking in session of Senate, ruled out any possibility of handing over Pakistan’s military bases to the US for counterterrorism operations in Afghanistan.

He rejected as unfounded the reports to this effect and made it clear that the government would never provide military bases to the US, nor would allow drone attacks inside Pakistan.

Meanwhile, in a cabinet briefing, Information Minister Chaudhry Fawad Hussain also ruled out the possibility of presence of any airbase of the US in Pakistan saying as all such facilities were under Pakistan’s own use.

“All the airbases are under the use of Pakistan. Right now, no negotiations in this regard are underway as Pakistan cannot give any airbase [to any country],” the minister said.

On May 25, Pakistan’s Foreign Office (FO) had also rejected the speculations about presence of US military or air base in Pakistan.

Responding to media queries, FO Spokesperson Zahid Hafeez Chaudhri in a press release said there was no US military or air base in Pakistan, nor any such proposal is envisaged.

He added that any speculation on this account was baseless and irresponsible and should be avoided.

Zahid Hafeez Chaudhri said that no new agreement has been made in this regard.

Earlier in May, speculations had started doing the rounds after a media report stated that Pakistan would continue to provide air and ground access to the US military for its Afghan operations.

The reports were apparently an outcome of a statement of a Pentagon official who while giving briefing to US lawmakers said that Pakistan had allowed the US military to have overflight and access to support its presence in Afghanistan.

Assistant Secretary of Defence for Indo-Pacific Affairs David F Helvey told the Senate Armed Services Committee that Pakistan would continue to provide air and ground access to the US.

He said that the US government will continue to engage Pakistan due to its significant role in the Afghan peace process.

Helvey said that the US will continue its conversation with Pakistan because of its support and contribution to the future of Afghanistan.