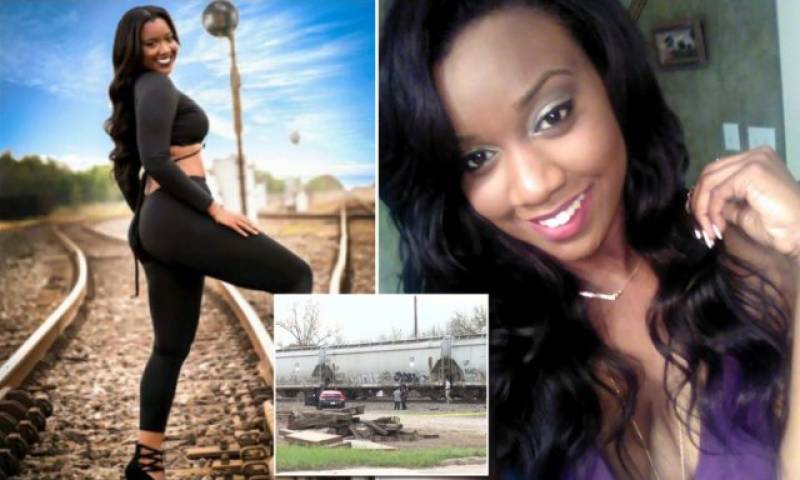 Texas (Web Desk): A 19-year-old model was killed after being hit by a train in Texas on what was her first photo shoot.

Fredzania Thompson, an aspiring US model who only found out she was pregnant a week before her death, was struck by a train while doing a photo shoot in a bid to launch her career, US media reported.

The family shared a photograph of the model moments before the incident.

Police reported the woman had been standing between two sets of railway tracks when a train approached in Navasota.

While she moved out of the way of one train, she was apparently unaware that a second train was coming in the opposite direction on the other track and she was struck.

Railway officials said the horn was sounded and the emergency brakes had been applied before the accident occurred.