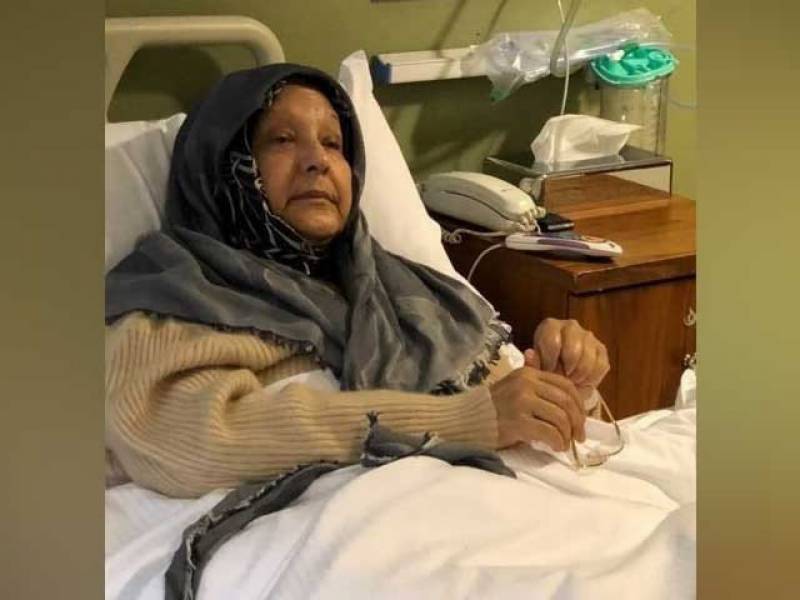 According to details, the hospital authorities have discharged Begum Kalsoom Nawaz after keeping her under ten hours long observations, in London.

Earlier on Sunday, Kalsoom Nawaz’s sons carried her to Harley Street Clinic – a private hospital in London, for checkup but due to her ailment the hospital authorities admitted her.

It is pertinent to remember that Kalsoom Nawaz is suffering from throat cancer and currently living in London for treatment where she underwent a successful throat cancer surgery in early September 2017.

However, the doctors have suggested another surgery of Kalsoom due to her ailment and regrowth of throat tumor while during previous seven months she underwent three surgeries and six chemotherapies.

In September 2017, Begum Kalsoom Nawaz won by-elections of NA-120 Lahore and became member of National Assembly but could not take oath yet due to her ailment.