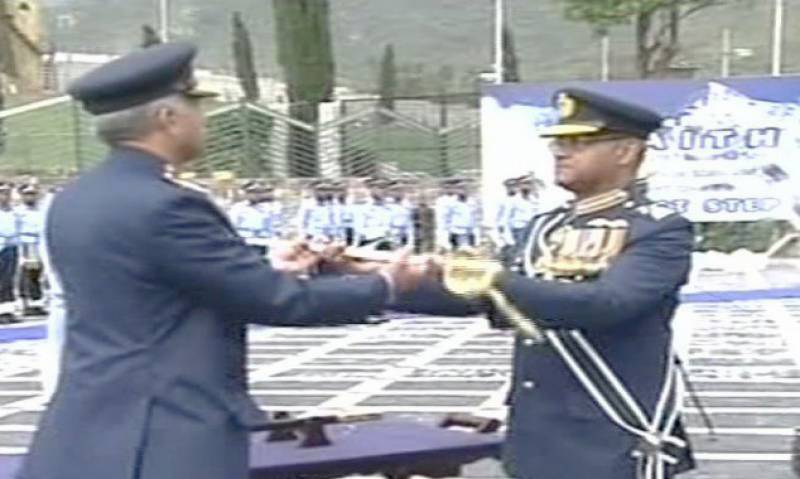 According to details, Change of Command ceremony of PFA held today where 21st PAF’s Chief Sohail Aman stepped down from his position and handed over the reins to his successor.

Earlier, the government nominated the name of Mujahid Anwar, who would be the 22nd chief of PAF.