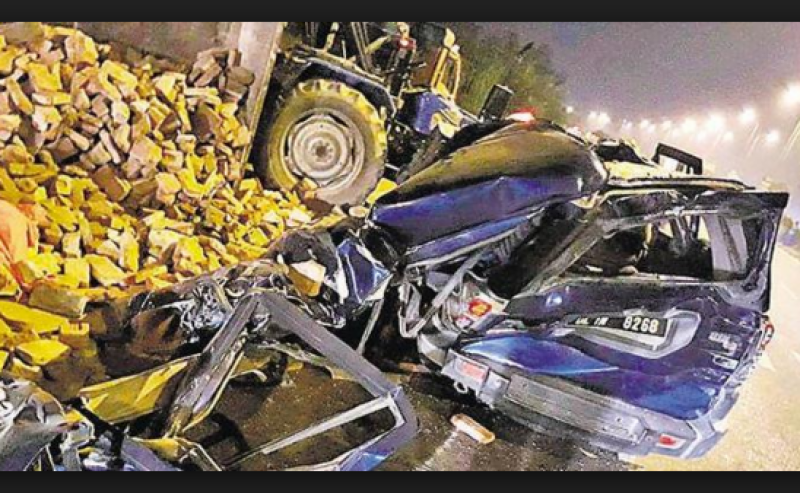 Karachi (Staff Report): At least four people were killed while three others were critically injured in the early hours of Monday after a trailer collided a car was en-route to Hyderabad, the sources reported.

According to details, initially the collision took the lives of three later the death toll raised to four as one of the injured succumbed to the wounds.

Two of the deceased were identified as Shakir and Umair, while names of the other two have yet to be confirmed.

The injured were shifted to the hospital.

The details revealed the all the injured and deceased were residents of Azizabad in Karachi.