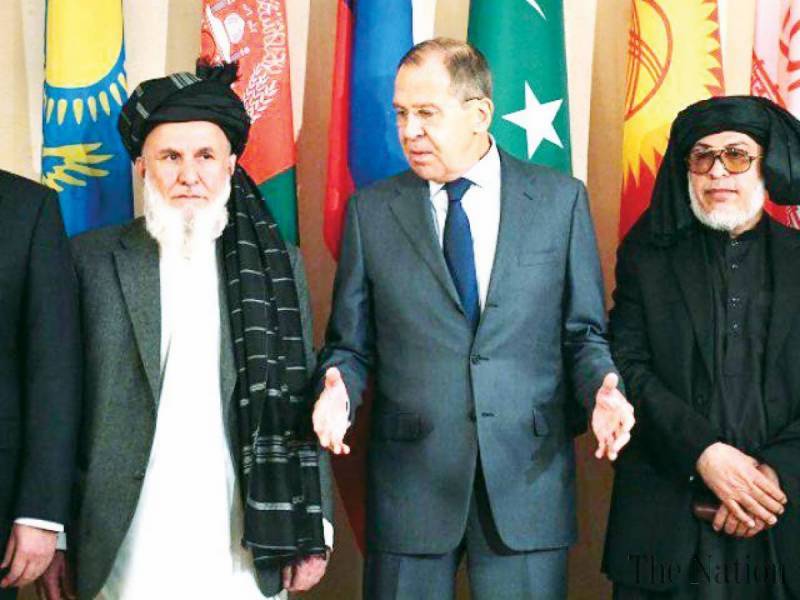 Moscow (Web Desk): The United States on Thursday joined by Russia, China and Pakistan in calling on Afghanistan’s warring sides to reach an immediate ceasefire.

Washington sent a senior official for the first time to participate in regional peace talks convened by Russia.

“At this turning point, our four countries call on the sides to hold talks and reach a peace agreement that will end more than four decades of war in Afghanistan,” a joint statement said after Thursday’s talks.

The statement called on the warring sides to curb violence and on the Taliban not to declare offensives in the spring and summer. It also said the four countries were committed to mobilising political and economic support for Afghanistan once a peace settlement had been reached.

US envoy Zalmay Khalilzad’s presence was a sign of Washington’s increasing effort to attract support among regional powers for its plans for Afghanistan.

President Joe Biden must soon decide whether to keep forces on past a May 1 deadline to withdraw, agreed with the Taliban last year under Biden’s predecessor Donald Trump. Khalilzad has been trying to drum up backing for a proposal that includes an interim government.

Moscow, which fought in Afghanistan in the 1980s, has hosted talks among Afghan sides and regional powers since 2017. Previously, Washington had largely kept its distance from the so-called “Moscow Format”, focusing on its own direct talks with the Taliban and talks between the Afghan parties themselves.

Afghan President Ashraf Ghani opposes an interim government, and a Taliban leader has said the group would not join it, although it supports replacing the current administration.