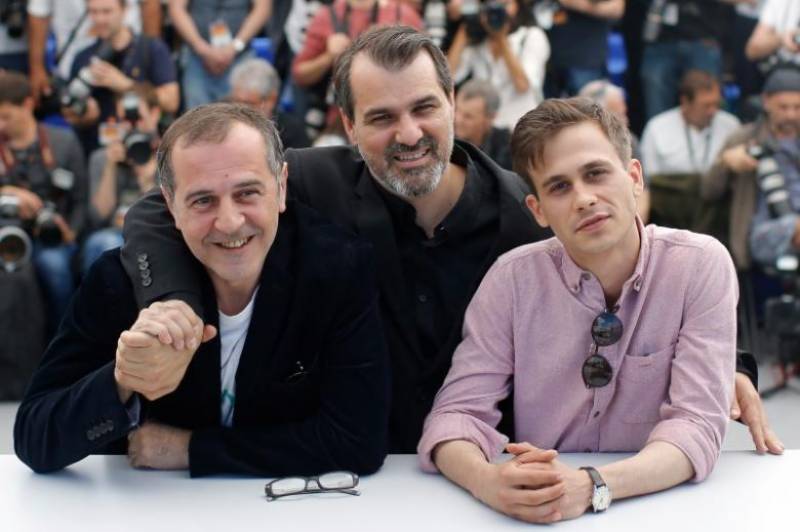 Paris (Reuters): A Syrian refugee is gunned down by border police but instead of dying he finds he can fly, in "Jupiter's Moon", a film about the European migration crisis that baffled audiences at the Cannes Film Festival.

Director Kornel Mundruczo, from Hungary which has taken a particularly hard line on immigration, called it a "provokingly political movie" but also "happily playful".

"It’s definitely not a movie which you can put into a box easily – you need time after the movie to find your own answers," Mundruczo told a news conference on Friday.

In competition for the Palme d'Or, the film's title refers to one of the moons orbiting Jupiter that, it is speculated, may harbor life. The moon is called Europa - Europe - the place millions of migrants are trying to reach.

"Is it a bird? Is it a plane? Is it a satire on anti-refugee paranoia? Is it a religiose parable of guilt and redemption? Is it a Euro-arthouse superhero origin myth?" wrote The Guardian's Peter Bradshaw, eventually settling on calling "Jupiter's Moon" a "messily ambitious and over-extended movie with some great images".

Critics applauded the flying effects and spectacular chase scenes, but found the symbolism heavy-handed and/or indecipherable.

"You'll believe a man can fly in Kornel Mundruczo's stunningly shot supernatural migrant thriller, but you might not know what it means," wrote Variety's Jessica Kiang.