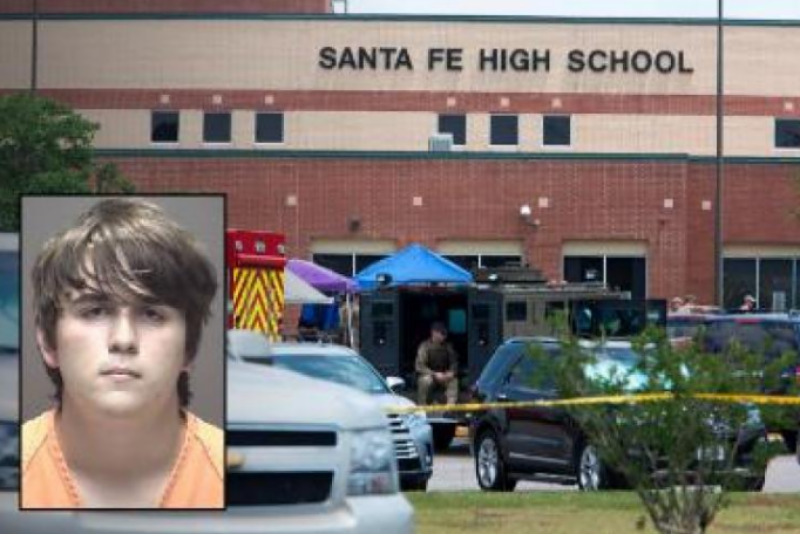 Texas (Web Desk): At least nine students and a teacher killed and ten others were hurt as a 17-year-old student armed with a shotgun and pistol opened fire in a Texas high school on Friday, international media reported.

According to details, Texas high school the authorities said, a 17-year-old student opened fire leaving ten dead and ten others wounded in the attack similar to the massacre at a Florida high school in February.

Students said the gunman, identified by law enforcement as Dimitrios Pagourtzis, first opened fire in an art class at Santa Fe High School shortly before 8 a.m. CT on Friday. Students and staff fled after seeing classmates wounded and a fire alarm triggered a full evacuation. Ten people were also wounded in the attack, according to Texas Governor Greg Abbott, who said the suspect left behind explosive devices.

Abbott said investigators had seen a T-shirt on the suspect’s Facebook page that read “Born to Kill,” and authorities were examining his journal. But there were no outward signs he had been planning an attack, the governor said. “Here, the red flag warnings were either non-existent or very imperceptible,” Abbott told a news conference.

Classmates described the Santa Fe suspect as a quiet student who kept to himself and played on the football team.

It was the second mass shooting in Texas in less than a year, following a massacre at a rural church in November, when a man armed with an assault rifle shot dead 26 people.