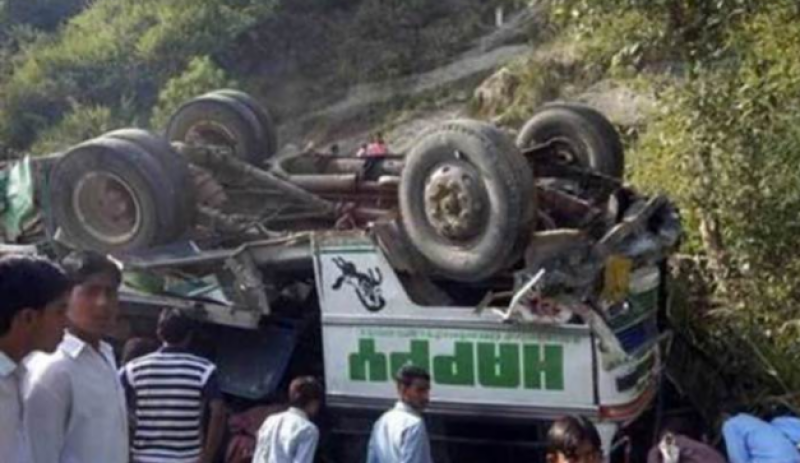 Mumbai (Agencies): At least 19 people were dead when a truck loaded with cement overturned in India on Saturday.

Six others were injured in the accident which happened on a busy highway in western Gujarat state, the latest deadly crash on India's notoriously accident-prone roads.

“At least 19 persons including 12 women, three teenagers and four men were crushed under cement sacks that fell from the vehicle as it toppled on (the) Ahmedabad-Dholera highway,” a police official said.

“All the deceased were labourers going to work in fields in Anand district. All were buried under the cement sacks after the truck overturned.”

“We are currently engaged in rescue operations. How the accident occurred needs to be investigated. Primarily it appears that the driver dozed off,” he added.

In another accident, 11 people were killed on Friday in Uttarakhand state when a speeding truck rammed into a group of pilgrims walking towards a temple, the Press Trust of India reported.

India has some of the world's deadliest roads, claiming the lives of more than 150,000 people each year.