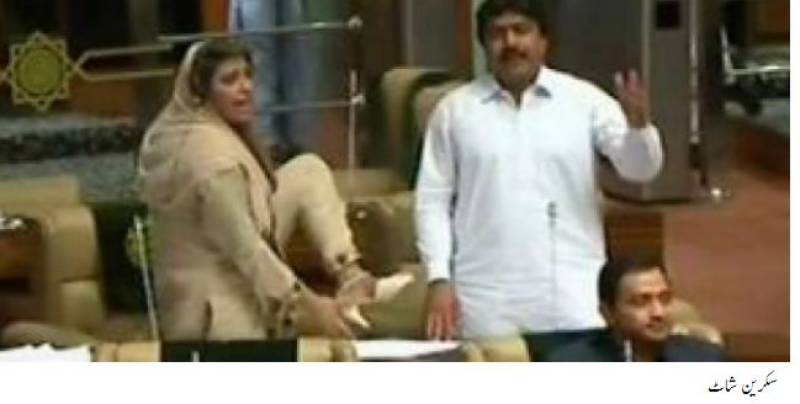 The PML-F MPA took off her shoe and showed it to the deputy speaker following an argument between opposition parties regarding the budget.

Shocked by Abbasi’s move, the Sindh Assembly deputy speaker asked her to leave the assembly premises. “Nusrat Seher Abbasi will not attend the assembly session today,” Raza said. "Abbasi has issues and she has proven that she is not worthy of sitting in this assembly," she added.

The  deputy speaker of the provincial assembly upheld, “This is no way to behave. To show a shoe is a crime not a mistake."

Raza further said, “For the past five days all that has happened in the assembly is drama.”

Lashing out at Abbasi, the deputy speaker said, "Today, the PML-F MPA is famous for her misbehaviour."

“If women from opposition parties are creating noise in the House, then women from the ruling party should respond,” she said questioning why female MPAs of Pakistan Peoples Party are quiet.