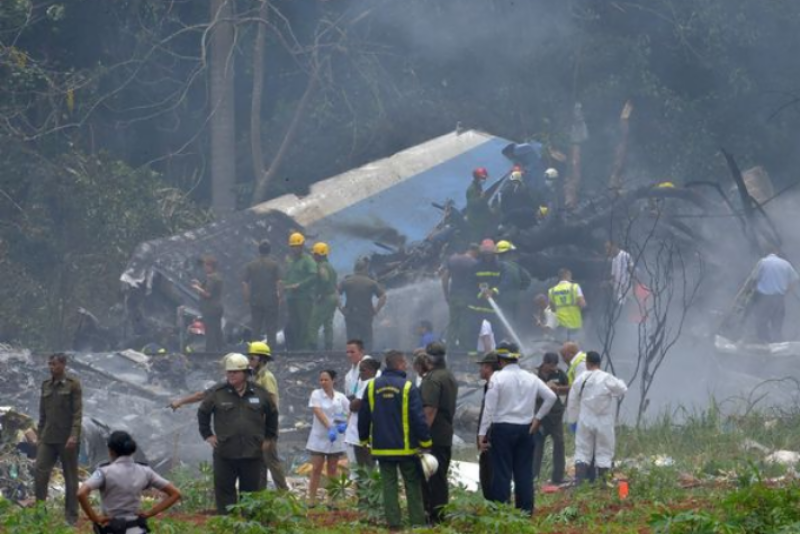 Havana, Cuba (Web Desk): Following the incident of Cuban plane crash a video that could captured the horrifying moment of plane shortly after it crashed, goes viral on social media.

The moment of the Cuba plane crash caught on tape. #Havana

According to details, more than 100 people were killed after a Boeing 737 plane crashed and exploded near Jose Marti International Airport in Havana, Cuban state media reported.

According to local media, three people have survived but are in a critical condition in hospital.

The plane came down shortly after take-off, crashing in a field. It was carrying 104 passengers and nine foreign crew.

“There has been an unfortunate aviation accident. The news is not very promising, it seems that there is a high number of victims,” said Cuban President Miguel Diaz-Canel.

The airliner had been leased by state airline Cubana de Aviacion from the Mexican company Damojh. It was a domestic flight from the Cuban capital to the city of Holguin, in the east of the island.

The plane came down on the “highway” between Boyeros and Havana, near the airport.