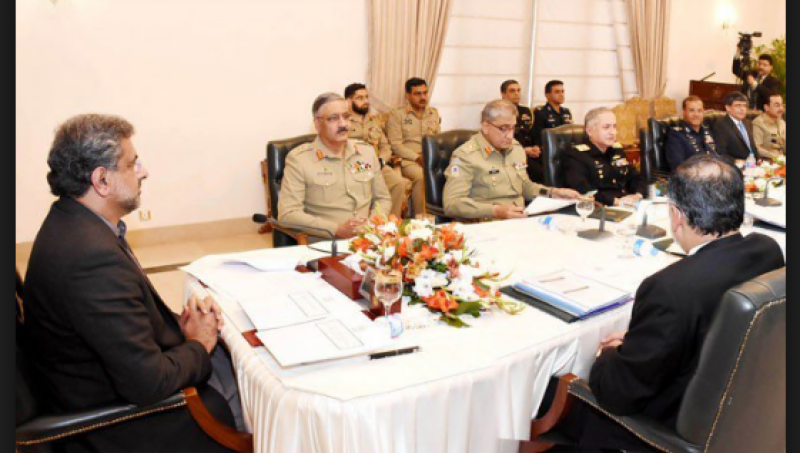 According to details, the meeting, to be held at PM House in Islamabad later today, Chairman Joint Chiefs of Staff Committee General Zubair Mahmood Hayat and the chiefs of Armed Forces, among others would attend the meeting.

In the meeting the matters about national and regional security as well as the border situation would be brought under discussion.

It is pertinent to remember that the previous meeting of NSC held under chair of PM Abbasi had categorically dismissed former premier Nawaz Sharif's recent statement on the 2008 Mumbai attacks and unanimously termed it "incorrect and misleading".