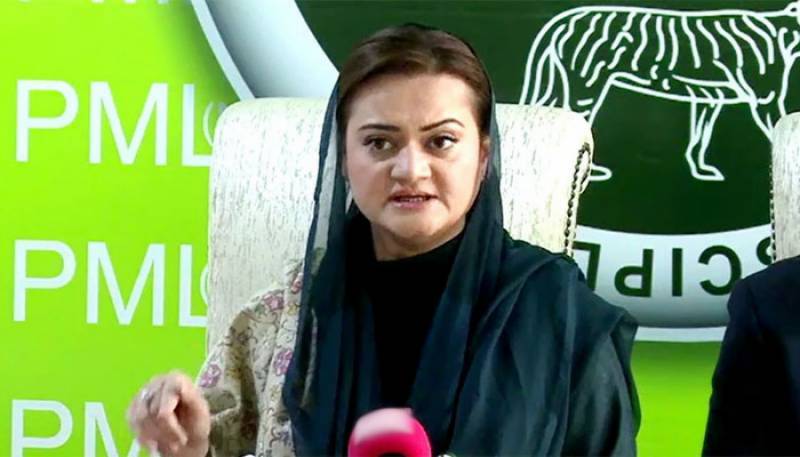 She said that the government is working on an emergency fiscal plan and economic management and annual impact of these steps will be around $6 billion.

"The prime objective of these measures are aimed at reducing reliance on imports and introduce export oriented policy to promote local industry in the country," She said, adding that a plan is also being prepared to promote local manufacturers so that people will be provided employment opportunities.

The information minister said that Prime Minister Shehbaz Sharif is making strenuous efforts to provide relief to the common people.

"Those, who are questioning the performance of a four-week government, should be ashamed of this approach," Marriyum said, adding that the dollar rate was Rs115 when Pakistan Muslim-League (PML-N) left the government in 2018, while the ousted Pakistan Tehreek-e-Insaf (PTI) government took this price to Rs189.

Marriyum Aurangzeb said the government is also taking measures to improve energy situation in the country.

Responding to a question, the minister said that Prime Minister Shehbaz Sharif will address to the nation in a couple of days. She also made no-one can give deadline for elections, except the government, after consultation with its allies. She said anyone talking of a bloody march should keep it in mind that the law will not spare such elements.

3Fruits and dry fruits (except from Afghanistan)

7. Chandeliers and lighting (except energy savers)

14. Carpets (except from Afghanistan)