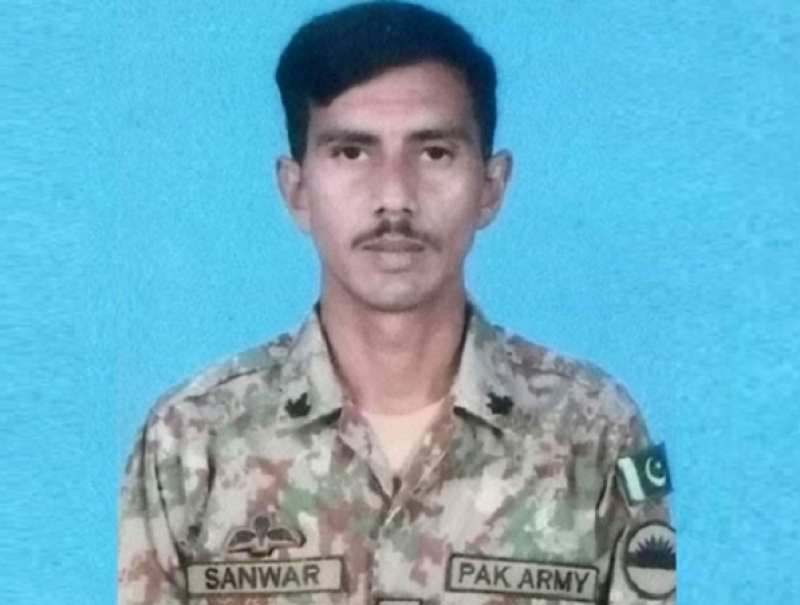 According to the Inter-Services Public Relations (ISPR), the martyred soldier was identified as Havaldar Muhammad Sanwar, 39, who was a resident of Jhelum.

"Area clearance is being carried out to eliminate any terrorist in the vicinity, " the statement added.

In a separate statement, the military's media wing said that security forces had conducted an intelligence-based operation (IBO) on May 17 in North Waziristan's Mir Ali area.

During the intense exchange of fire, one terrorist was killed, who was identified as Muhammad Altaf, the statement said.

"Weapons and ammunition were recovered from the terrorist's hideout," the ISPR said, adding that Altaf was actively involved in terrorist activities against security forces.