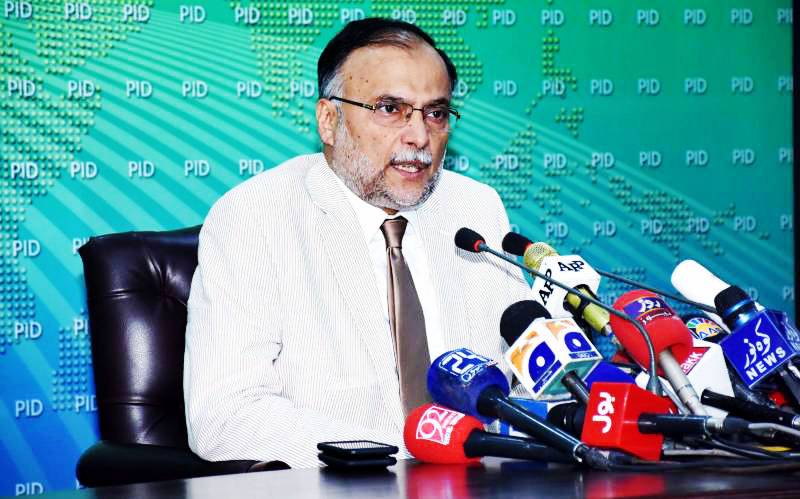 Ahsan Iqbal said that no government can ever compromise on the Khatm-e-Nabuwat’s belief and the parliament has always upheld it.

“People want to make this issue a political launchpad. But paving way for violence through such protest is unacceptable,” he said.

The minister went on to say that Prophet Muhammad (pbuh)’s teachings called for a tolerant society but sadly Tehreek Labbaik’s sit-in protest was contrary to that.

“Prophet’s teachings are of tolerance instead of calling names to others from a stage. This is not consistent with Islam’s teachings,” he said.

He asked the protestors “why they were trying to create an atmosphere of chaos during the upcoming holy month of RabiulAwwal”.

The interior minister said that the deadlock remains because the protestors are demanding the law minister’s resignation. However, they also agree that no one can be accused of such a crime when there has been no thorough investigation.