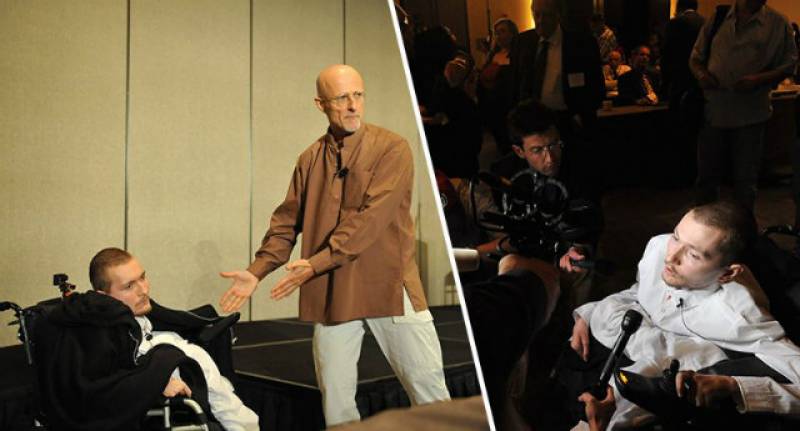 Vienna (Web Desk): The world’s first human head transplant has been carried out on a corpse in China, according to an Italian Professor Sergio Canavero.

Dr Xiaoping Ren, who grafted a head onto the body of a monkey in 2016, carried out the operation, which took 18 hours.

Italian Professor Canavero, who is the director of the Turin Advanced Neuromodulation Group, announced the accomplishment during a press conference in Vienna.

The professor said: “The first human transplant on human cadavers has been done. A full head swap between brain-dead organ donors is the next stage and that is the final step for the formal head transplant for a medical condition which is imminent.”

The successful transplant on the corpse shows that his newly developed techniques for re-connecting the spine, nerves and blood vessels to allow the two bodies to live together will work, the scientist said.

It had previously been hoped that 30-year-old Valery Spiridonov would be the first human to undergo the operation but the Russian decided he did not want to experience the surgery.

Spiridonov had volunteered because he suffers from Werdnig-Hoffmann disease, which causes severe spinal muscular atrophy, and he was willing to try anything to prolong his life.

There had been an angry backlash to the potential surgery from religious groups, who said it was going against God.

Spiridonov was fully prepared for the body to reject his head but it was also possible that fusing his head with another body – including the spinal cord and jugular vein – might result in never-before experienced levels of insanity.

Dr Canavero said before the operation that he was anticipating it to be a 36-hour procedure that would involve 150 doctors and nurses.

The surgeon didn’t appear to give any concrete proof for his claim, but said that would be made available in the coming days. “The first human head transplant, in the human mode, has been realised. The paper will be released in a few days. Everyone said it was impossible. But the surgery was successful,” he said, according to The Telegraph.

Arthur Caplan, director of medical ethics at New York University’s Langone Medical Centre, had previously said that the bodies of head transplant patients “would end up being overwhelmed with different pathways and chemistry than they are used to and they’d go crazy”.

In 1970, a head transplant was successfully performed on a monkey. The monkey lived, but only for eight days.

The body rejected the new head and the monkey was left unable to breathe or move because the spinal cord of the head and body weren’t properly connected.