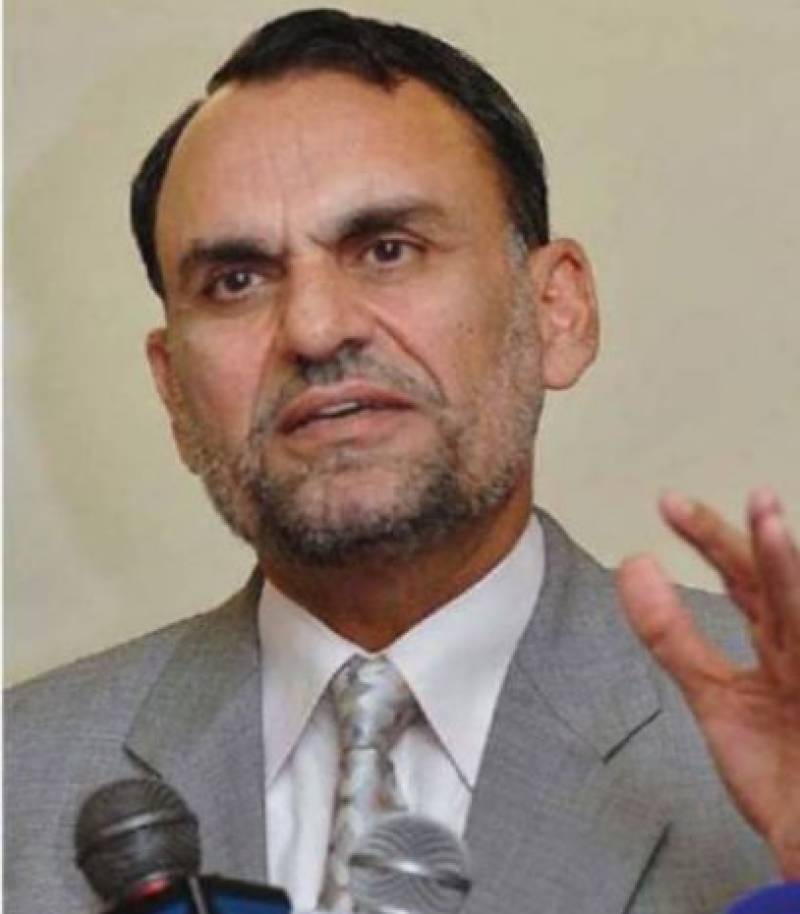 Islamabad (Staff Report/Agencies): A joint investigation team (JIT) formed by the Supreme Court to probe Federal Minister Azam Swati alleged abuse of power held him and his guards responsible for the row over farmhouse land.

Led by National Accountability Bureau's (NAB) Irfan Mangi, the JIT, also comprising members of the Federal Investigation Agency (FIA) and the Intelligence Bureau (IB) submitted its report to the apex court. The report, which comprises five volumes, holds Swati and his guards responsible for the incident.

The alleged abuse of power on Swati's part had emerged following an altercation between his domestic staff and neighbours, whose cattle had reportedly ventured on the minister's farmhouse and caused damage to his property.

The report also raises questions over the transfer of IGP Jan Muhammad, the sources added. The IGP was abruptly transferred on October 27 after he allegedly refused to take action on a complaint by Swati’s son regarding a fight over purported encroachment with a family at their farmhouse.

The transfer made headlines on the media and prompted the Supreme Court to take suo motu notice of it. A three-judge bench headed by Chief Justice Mian Saqib Nisar subsequently formed the JIT to probe allegations of misuse of authority, misconduct and encroachment against the minister.

Earlier, the SC summoned federal ministers Fawad Chaudhry and Azam Swati and grilled them over their recent statements on the transfer of Islamabad Inspector General of Police (IGP) Jan Muhammad.

The court summoned Fawad Chaudhry for his "irresponsible" and "double meaning remarks" about the recent transfer of Islamabad's inspector general of police (IGP).

“Apparently, Fawad Ch commented on the judicial proceedings which is irresponsible,” remarked the chief justice. The top judge observed that without a doubt, the prime minister is the chief executive, however, clarified that such type of statements are generally avoided.

Chauhdry stated, “I highly respect the court. I do not have the guts to say anything about the court.”

Justice Nisar then asked, “Who issued the statement that if bureaucracy has to play the role then what was the point of elections?” The information minister said, “My statement was not directed at the court.”

Holding the Constitution book in the air, the top judge told Chaudhry, “Read the article immediately. In front of the court everyone is equal.”

The court then made Chaudhry’s clarification statement part of the court record.

Chaudhry then stated, “It is not appropriate that the IGPs do not answer phones of ministers nor return calls.” Justice Nisar asked, “So what if they are ministers? Are they above the law? What is the competition between a common man and a powerful minister? If you are insisting on your statement then we can look at it in terms of merit.”

However, the information minister said, “I am not insisting at all.” Justice Nisar then said, “We will separate your matter then.”

“You got the entire family, including women, arrested. Do those people have the same powers as you?” the CJP asked Minister of Science and Technology Azam Swati.

Swati then said, “I received a bomb threat and was warned that I will be blown up.”

Justice Nisar then asked the minister, “How much land do you own and have you illegally encroached on the land?”

The top judge ordered Swati to submit his and his children’s asset details and directed DG FIA to conduct an investigation.

Further, the court directed that a case be registered against Swati if the family lodges a complaint.