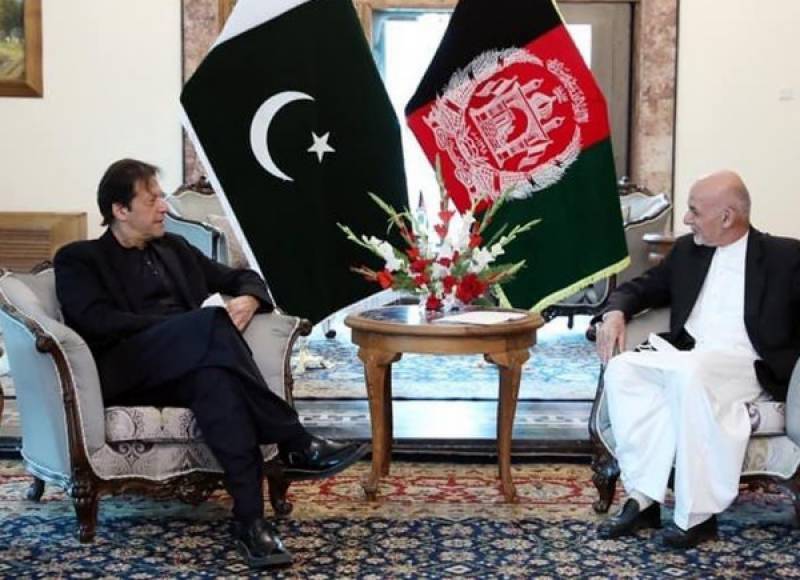 Kabul (Web Desk): Prime Minister Imran Khan on Thursday said that Pakistan will do its utmost to help reduce violence and restore durable peace in Afghanistan.

Addressing a joint press conference alongside Afghan President Ashraf Ghani after their talks in Kabul, PM Imran said that Pakistan is the country after Afghanistan, which is the most interested for peace in Afghanistan.

He said Pakistan has played its role in getting started first the Taliban's talks with the Americans and then for intra-Afghan dialogue.

Imran Khan said the people of Afghanistan have suffered violence for four decades. He said the erstwhile FATA region of Pakistan was also devastated by the war on terror.

The PM said the livelihood of the tribesmen was badly affected and the region faced damages worth billions of rupees. He said the peoples on both sides of the border want peace, trade and connectivity.

Khan added that trade and connectivity between the two countries will increase in days to come.

A comprehensive political settlement for enduring peace within the framework of our values and our constitution is the future of Afghanistan, President Ghani said, adding that violence is not the answer.

President Ghani said we can move forward and a comprehensive ceasefire can be reached. He said all of us need to understand.

Reacting to the rising trend of Islamophobia in some European countries, President Ghani mentioned that during his meeting with Prime Minister Khan, the two sides agreed that respect for Prophet Muhammad (PBUH) was in the hearts and minds of every Muslim.

He stressed that the world must differentiate between the ‘negative comments’ from ‘freedom of expression’.

Afghan President Ashraf Ghani gave a warm welcome to Prime Minister Imran Khan upon his arrival at Presidential Palace in Kabul where he received guard of honor.

Since assuming the office, this is Prime Minister Imran Khan's first-ever visit to Kabul to hold talks with the Afghan leadership on the entire spectrum of bilateral relations and the Afghan peace process.