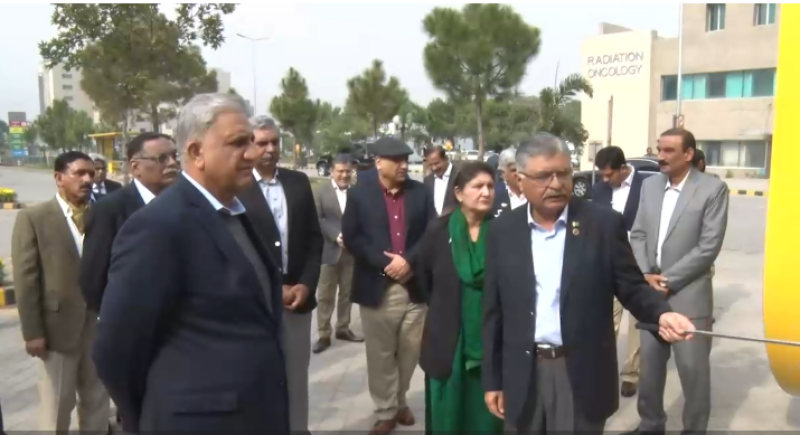 The COAS was briefed that medical care has been planned as per international best practices and patient care is the focus of hospital administration. Special counters have been established for facilitating civilian and non-entitled patients as well.

The military media wing further stated that efforts are being made to provide patient friendly environment and provide allied facilities for patients' attendants.

The ISPR statement said that the COAS appreciated the efforts of the Army Medical Corps which is providing quality health care  and state of the art rehabilitation services to members of the armed forces, their families and civilian patients.

The military's media wing said that amongst other facilities, Shuhada Families and veterans' Medical facilitation Centre provides disruption free basic healthcare facilities including blood sampling, medicines and checkup to families of martyrs and senior veterans up to the age of 75 years, adding that the  upgraded pharmacy is now entertaining 3,000 patients daily.

General Qamar Javed Bajwa appreciated the doctors and healthcare professionals of AMC for their selfless devotion to duty and monumental work.

Lauding the immense improvements being incorporated in healthcare infrastructure, the army chief said that quality healthcare for soldiers and their families is a cardinal feature of Army's welfare regime and critical for morale of troops.