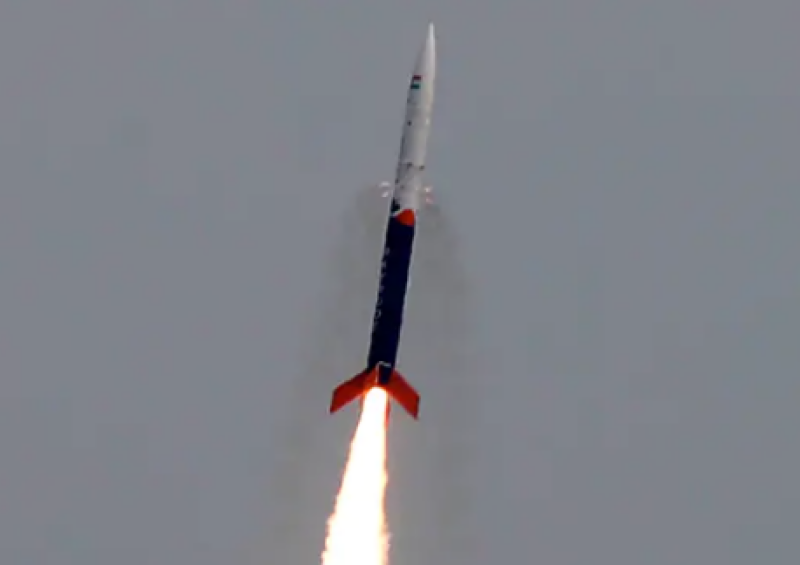 The 545-kg rocket, developed by space startup Skyroot, took off from the Indian space agency's launch site near Chennai and hit a peak altitude of 89.5 kilometers (km).

The rocket has the capability of reaching Mach 5 - five times the speed of sound - and carrying a payload of 83 kg to an altitude of 100 kilometers, the company said.

The Skyroot team had set a target of 80 km for its first launch, a benchmark some agencies define as the frontier of space. The Karman line - set by an international aeronautics body as defining the boundary between the Earth's atmosphere and space - is at 100 km altitude.

Video footage showed the rocket taking off from the space centre, leaving a plume of smoke and fire in its trail. It splashed down in the Bay of Bengal about 5 minutes after launch, officials said.

The Indian government has been pushing to develop a private space industry to complement its state-run space programme known for its affordable launches and missions.

India’s unmanned Mars mission in 2014 cost only $74 million, and made headlines for costing less than the Academy Award winnning film “Gravity”.

Until now, the state-run ISRO has had a monopoly on launching rockets in India.