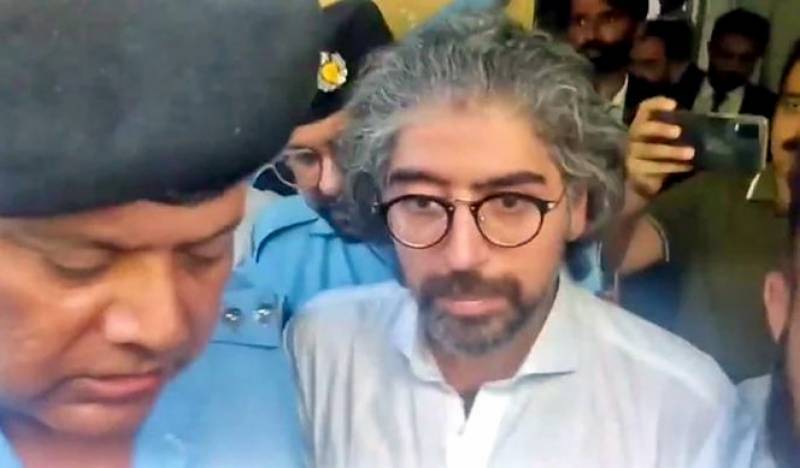 According to details, Shahnawaz Amir's mother Sameena Shah was arrested outside a district and sessions court in the federal capital after a judge dismissed her pre-arrest bail.

Shahnawaz's mother and the investigation officer appeared before the court for the case proceeding.

The complainant’s counsel argued that Shah was named as an accused under the influence of her statements, saying all of her excuses were baseless.

He mentioned that Samina failed to escape as the maid came to know about the crime. The complainant’s counsel prayed before the court not to grant bail to the suspect.

A district and sessions court in Islamabad had extended the interim pre-arrest bail of Sameena Shah on October 1.

Sammeena's son Shahnawaz Amir was arrested on September 23 for allegedly killing his wife, a Canadian national, at a farmhouse located in Chak Shahzad where the suspect lived along with his mother.

The FIR mentioned that the suspect's mother, Sameena, called the police on Friday (September 23) to inform them that her son, Shahnawaz, had killed his wife with a dumbbell.

As per the FIR, Sameena told the police that her son was in the house and had hidden the body of his wife. Following this, the police raided the house.

In the complaint, the police said that Shahnawaz had locked himself inside his room and when the personnel broke inside, there were blood spots on his hands and clothes.

During the inquiry, the man identified himself as Shahnawaz Amir and told the police that he had murdered his wife with a dumbbell and hid her body in a bathtub in the bathroom, it claimed.

The parents of the accused were also nominated in the case however the court discharged senior journalist Ayaz Amir from the murder case of his daughter-in-law Sarah Inam.