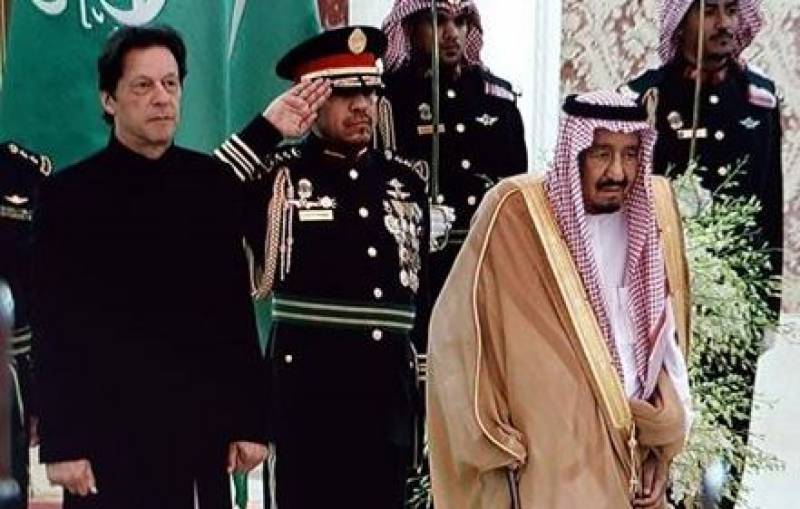 The prime minister is also expected to meet the Crown Prince, Mohammed bin Salman. During his meeting with the royals, the prime minister will discuss matters of regional and bilateral interest.

The Saudi King will also host a state banquet for the prime minister at the Royal Court.

The prime minister along with his delegation performed Umrah in Makkah-tul-Mukarama on Tuesday night. On his arrival in Haram-e-Makki, Door of Khanaa Kaaba was specially opened for the Prime Minister. He offered Nawafil there and prayed for the peace and stability of Muslim Ummah and Pakistan .

Earlier, soon after his arrival at Madina Munawara, PM Imran paid respects at Roza-e-Rasool (SAW) and offered Magrib prayers and Nawafil at Riaz-ul-Jannah. The doors of Roza-e-Rasool (SAW) were specially opened for the Prime Minister and his delegation.

Meanwhile, Prime Minister Imran Khan along with the delegation will arrive in Abu Dhabi on Wednesday evening.

He is visiting UAE on the invitation of Mohammad bin Zayed Al Nahyan, the Crown Prince of Abu Dhabi. The two leaders will discuss issues of bilateral interest.