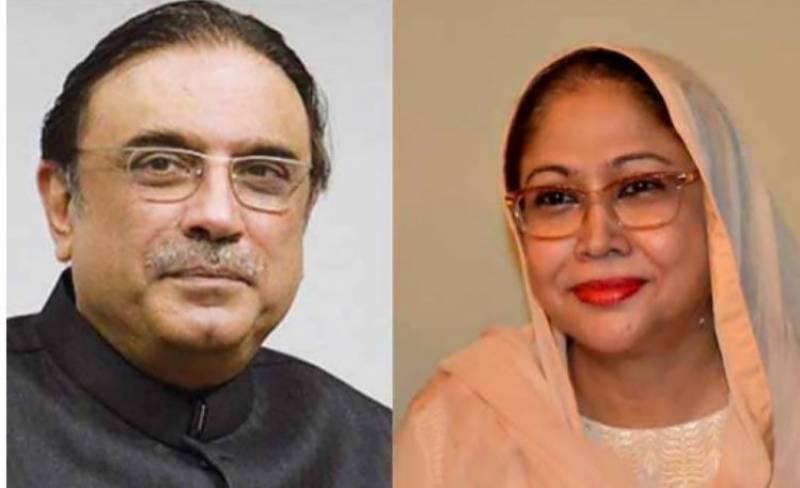 Islamabad (Staff Report/Agencies): An accountability court on Thursday announced that it will indict former president Asif Ali Zardari and his sister Faryal Talpur on October 4 in the fake bank accounts case.

The National Accountability Court (NAB) presented Zardari before Judge Muhammad Bashir’s court, however, Talpur could not be presented in the hearing due to a session in the Sindh Assembly.

During the hearing, Zardari’s counsel Latif Khosa told the court that despite the court’s orders, no air conditioner or fridge has been installed in his client’s cell.

The court ordered to indict all accused persons on the next hearing after providing them with the copies of the reference.

The NAB arrested Zardari in the Park Lane case on July 1 while he was already in custody with the bureau’s Rawalpindi directorate in connection with the fake accounts case. In the Park Lane case, the court directed the NAB to produce him on July 29.

According to the anti-corruption watchdog sources, Asif Zardari allegedly purchased 2,460 kanal land in Islamabad through the park lane company. The property which was purchased in Rs620 million is worth Rs2 billion, they claimed.