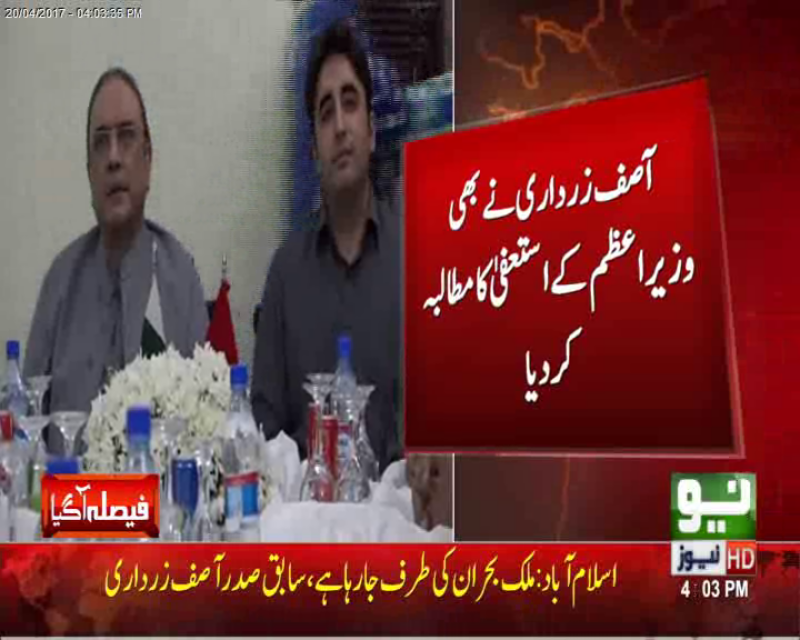 While addressing a press conference here on Thursday, Zardari said that Nawaz Sharif should step down after two judges’ “dissenting notes” in Panama verdict.

The team will comprise representatives from the military, NAB, security exchange commission, FIA and other investigating agencies. “It needs to be investigated how the money was transferred to Qatar,” the verdict reads.