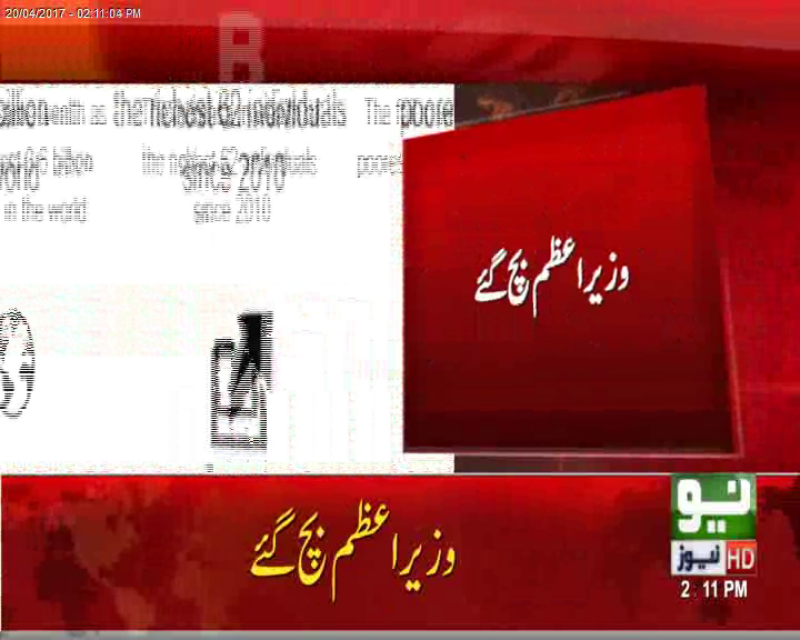 The team will comprise representatives from the military, NAB, security exchange commission, FIA and other investigating agencies.

“It needs to be investigated how the money was transferred to Qatar,” the verdict reads.

The detailed SC judgement said: "At the commencement of regular hearing of these petitions it had been decided by this Court with concurrence of the learned counsel for all the parties that it might not be possible for this Court to take stock of the entire gamut of the business activities and personal lives of respondent No. 1 [PM Nawaz Sharif] and his family within the limited scope of these petitions and, therefore, these petitions would be decided by focusing mainly, but not exclusively, on the properties relevant to respondent No. 1 and his children [Maryam Nawaz, Hasan Nawaz and Hussain Nawaz] which were revealed through the Panama Papers."

Islamabad's Red Zone has been put on 'red alert', with around 1,500 police, Rangers and FC personnel deployed in and around the area for security and to maintain peace. Police officials, including Special Branch officials, have also been deployed for intelligence gathering and timely responses.