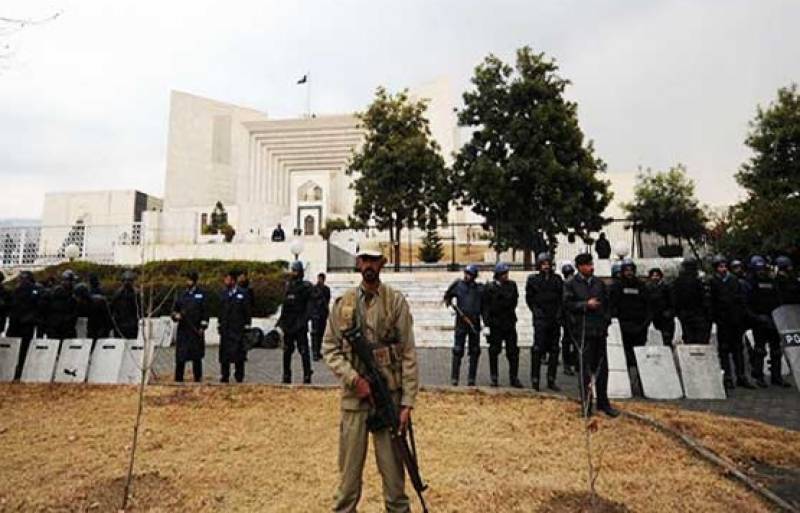 Islamabad (Staff Report): Strict security measures have been taken on the interior and exterior side of the Supreme Court (SC), as Panama Leaks’ verdict is due on Thursday afternoon by 2 P.M.

The security authorities stated that at least 500 police personnel will stand guard inside the premises and additional contingent of paratroopers will remain present outside the court.

Meanwhile, six to eight police personnel will be on security duty of the political leaders who are expected to arrive at the premises with special attention to Pakistan Tehreek-e-Insaf (PTI) Chairman Imran Khan, Awami Muslim League (AML) Chief Sheikh Rashid and Jamaat-e-Islami (JI) Chief Siraj-ul-Haq.

Surveillance and CCTV cameras will also be used for strict security steps. Meantime, sloganeering will not be allowed in the premises.

Inspector General of Punjab police has ordered fool-safe security across the province. Political workers will be allowed to celebrate peacefully; but, blockading the roads will not be permitted under any circumstances.

According to the directives from the IG, no one will be allowed to brandish firearms or open aerial firing. 15 special passes will be issued to each party for the case. Political activists will not be allowed to enter Red Zone area. Action would be taken against those raising slogans in the premises of the court.