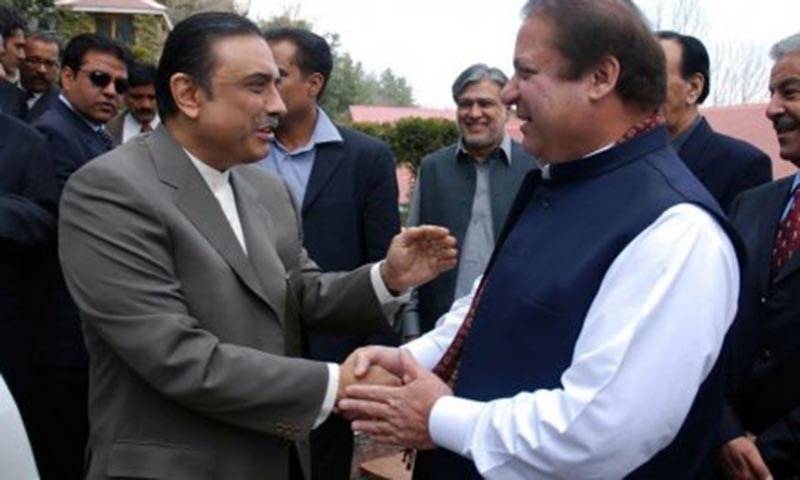 Lahore (Web Desk): Pakistan Peoples Party co-chairperson Asif Ali Zardari recommended Prime Minister Nawaz Sharif last night that he should resign from office if the Panama verdict, to be announced today, is not in his favour.

In an interview, the former president Zardari remarked that the PM is habitual of not accepting things which go against him, adding if he does not accept the decision it will disrupt the democratic process.

He remarked that the party will protest until the government resolves the burgeoning problem.

PPP leader also spoke about Hussain Haqqani and remarked, “I consider him [Hussain Haqqani] a traitor. If we [PPP] come in power in the next elections, I assure you Haqqani will be punished in one way or another.”

Zardari shared his plans regarding the elections during his speech and said, “I will contest elections in Sindh on a MNA seat.”

He said those who are involved in the disappearance of my assistants would not better why they are being targeted.

He remarked, “During my tenure, I worked on building institutions for country’s betterment,” he added, “I don’t even consider Shehbaz Sharif as an equal to my wit.”

Afterward, PPP leaders Zardari met for a consultative session, which was chaired by Zardari and Bilawal Ali Bhutto.