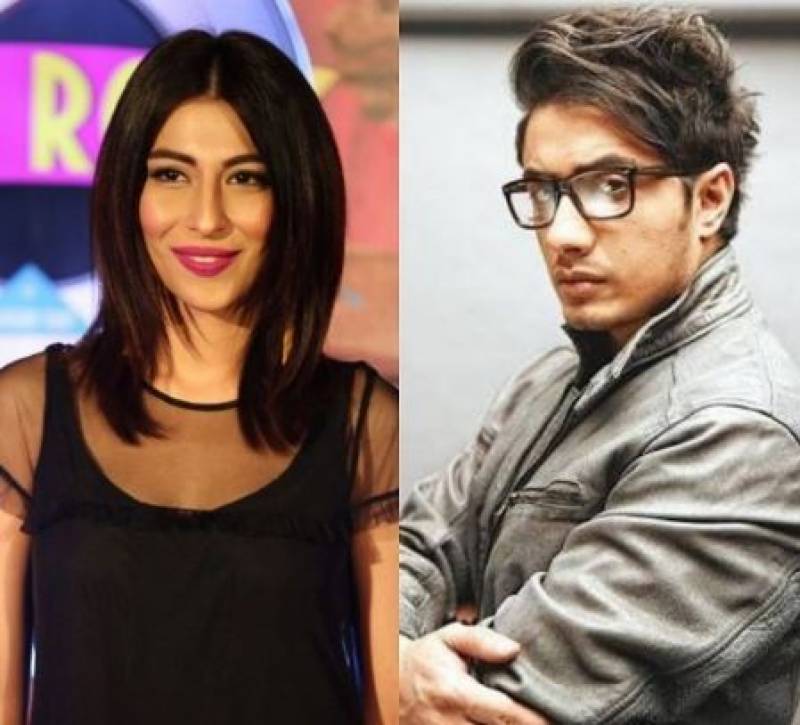 Urwa Hocan, Reham Khan and some other tweeted:

Proud of this gutsy woman. That's my kind of rockstar! More power to women who stand up to predators. https://t.co/KT07tU6N8f

A woman breaks her silence about abuse, withstands character assassination & further abuse on social media, her story turns into memes & tone-deaf jokes that trivialize the issue, she fears ostracization - but suuuuure, she did it for the cheap publicity. https://t.co/eDeOpXYUox

The face of the entertainment industry is so cosmetic. #AliZafar is not only popular/successful, he's been regular star for ages. We've all known him since Kollege Jeans. #MeeshaShafi has taken on a giant. Let's see if this sparks a big movement for us. #MeToo

Men get away with sexual harassment in a culture of silence, where women are blamed for being treated inappropriately & for speaking up about said harassment. We have to change our culture, believe & support women brave enough to speak up. Enough. #MeToo #meeshashafi #AliZafar

It is pertinent to remember that on Thursday Meesha had accused fellow renowned singer Ali Zafar of sexual harassment on multiple occasions.

Sharing this because I believe that by speaking out about my own experience of sexual harassment, I will break the culture of silence that permeates through our society. It is not easy to speak out.. but it is harder to stay silent. My conscience will not allow it anymore #MeToo pic.twitter.com/iwex7e1NLZ

In response to the claims of Meesha Shafi, Ali Zafar also tweeted and rejected the allegations.