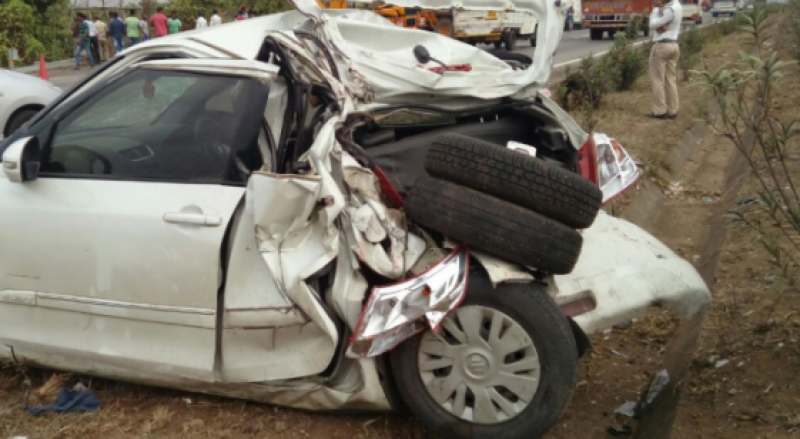 According to police, the gas cylinder in the vehicle exploded and fire erupted in it leaving six dead.

The two cars were en route from Karachi to Hyderabad when one collided into other from the back near Looni Kot.

Police said, a minor girl survived the incident. The bodies and the wounded girl were shifted to a hospital. The process of identification of the deceased was underway.