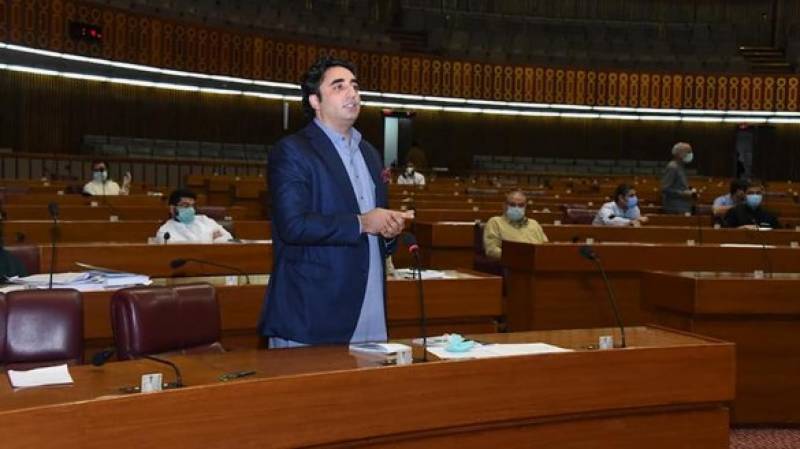 In a tweet the PPP chief said that PM Imran Khan didn’t make any statement in the National Assembly nor it was taken into confidence at any stage regarding the agreement with the proscribes Tehreek-e-Labbaik Pakistan (TLP).

Bilawal said that the government took action on streets against the TLP and then banned it, killed people and over 500 policemen sustained injuries and internet remained disconnected.

The PPP chief added that the Pakistan Tehreek-e-Insaf (PTI) wants to hide behind the NA.

It is pertinent to mention that the PPP has decided to boycott session of National Assembly (NA) which has been summoned to table a resolution on the expulsion of the French ambassador.

Earlier today, Interior Minister Sheikh Rashid Ahmad said that the government will present a resolution regarding the expulsion of the French ambassador in the National Assembly (NA) today.

In a video message shared on Twitter, the minister said that the decision was taken after another round of talks with the recently banned TLP.

Sheikh Rashid further said that according to the agreement, TLP will end its protests across the country including at Jamia Masjid Rehmatul-lil-Alamin.

He added that cases registered against TLP supporters under the fourth schedule will also be dismissed and further rounds of talks will take place.

Rashid said that he will give a detailed statement on the agreement in a press conference later in the day.