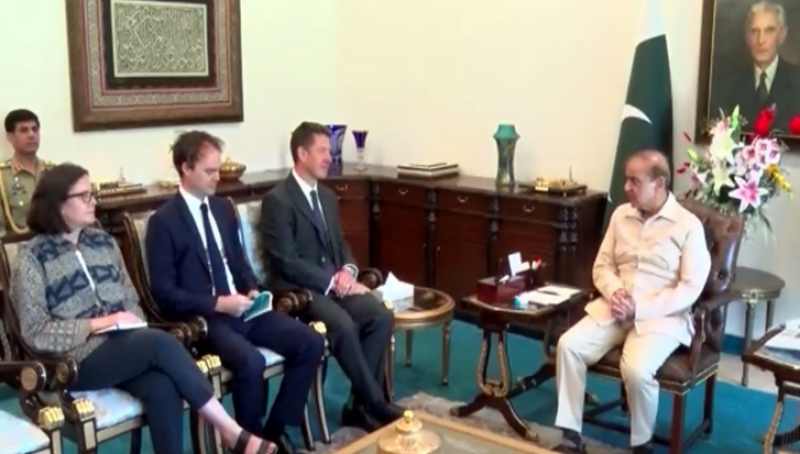 Islamabad (Web Desk): Prime Minister Shehbaz Sharif on Wednesday emphasized the need for elevating the relationship between Pakistan and the United Kingdom (UK) to a strategic level.

The premier expressed these views while talking to British High Commissioner Dr Christian Turner, who called on him in Islamabad.

The High Commissioner congratulated Shehbaz Sharif on assuming the office of the prime minister and conveyed the best wishes of the British government.

"Pakistan highly values its relations with the UK, which are based on historical linkages and convergent interests on a broad range of issues," the premier asserted.

Highlighting the positive bridge-building role played by around 1.6 million Pakistani diaspora residing in the UK, the prime minister emphasized the need of strengthening cooperation in the field of legal migration to fully realize the potential.

The prime minister also appreciated the work undertaken by the UK in promoting education, health and other social sectors in Pakistan.

The British High Commissioner thanked PM Shehbaz and expressed the desire to work closely with Pakistan on deepening and broadening bilateral cooperation.