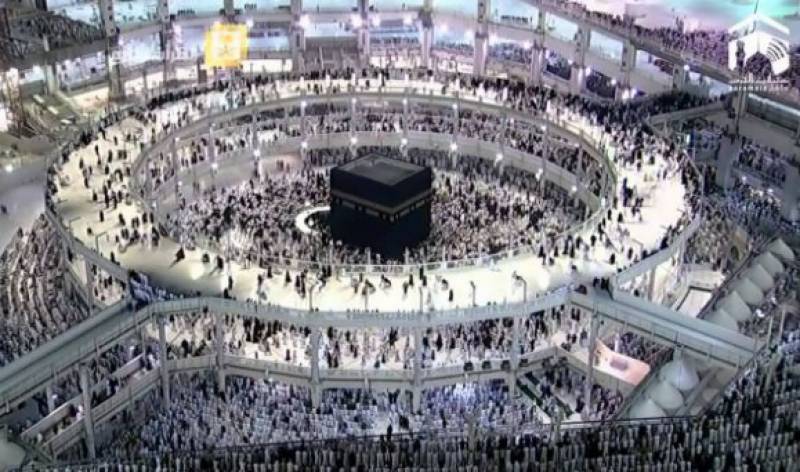 Mount Arafat (Agencies): Imam Dr Sheikh Hussain bin Abdul Aziz has said Islam teaches harmony and brotherhood among Muslims. He urged Muslims to play their due role for peace in the society.

Delivering Hajj Sermon at Masjid-e-Namra in Makkah on Monday, he said Islam forbids us from indulging in sins and vulgarity. Dr Hussain said success can only be achieved by following the path of Quran and Sunnah.

More than two million Muslims from around the world scaled the rocky hill southeast of the holy city of Makkah to perform the pinnacle of Hajj. Mount Arafat is where Prophet Mohammed (PBUH) delivered his final sermon.

Every Muslim is required to complete the Hajj journey to Islam's holiest sites at least once in their lifetime if they are healthy enough and have the means to do so.

Tens of thousands of security personnel have been deployed for the pilgrimage, which was struck by its worst-ever disaster three years ago when around 2,300 worshippers were crushed to death in a stampede.

This year, the Saudis have launched a "smart Hajj" initiative, with apps to help pilgrims with everything from travel plans to medical care.

The interior ministry said on Saturday that the number of pilgrims arriving in Makkah had already surpassed the two million mark, mostly from abroad including large contingents from Egypt, India, Pakistan and Bangladesh.