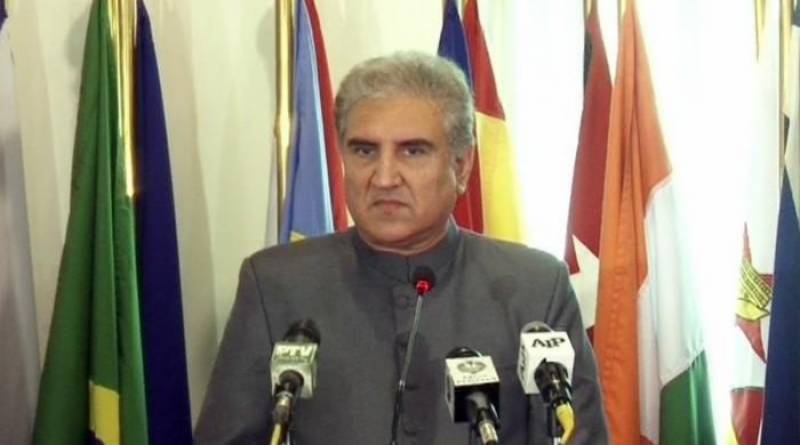 Islamabad (Staff Report/Agencies): Shah Mahmood Qureshi, who took oath as foreign minister on Monday, said the foreign policy would be reviewed and where necessary its direction would be corrected.

During his first media interaction in Islamabad, he maintained that the PTI-led government would pursue a bi-partisan approach to foreign policy issues and take the opposition on board in addressing these challenges.

The minister said it would be his endeavor to build national consensus on foreign policy. He pointed out that some forces have been pushing Pakistan towards isolation in the absence of a regular foreign minister.

The Foreign Minister said the government wants to promote socio-economic causes of the country and improve quality of life of the people through economic diplomacy and international engagement.

To a question about relationship with the United States, the Foreign Minister said he will listen to the US concerns and also put before them Pakistan's viewpoint. He said bilateral relationship should be improved on the basis of mutual respect and equality.

Answering a question regarding foreign policy formulation process, the Foreign Minister said foreign policy will be formulated at Ministry of Foreign Affairs after seeking input from all stakeholders, including national security institutions.

Responding to a question about China-Pakistan Economic Corridor, Shah Mehmood Qureshi said PTI had supported the mega project.  He said he will discuss with his Chinese counterpart the future initiatives to be undertaken under CPEC for socio-economic development of the country.