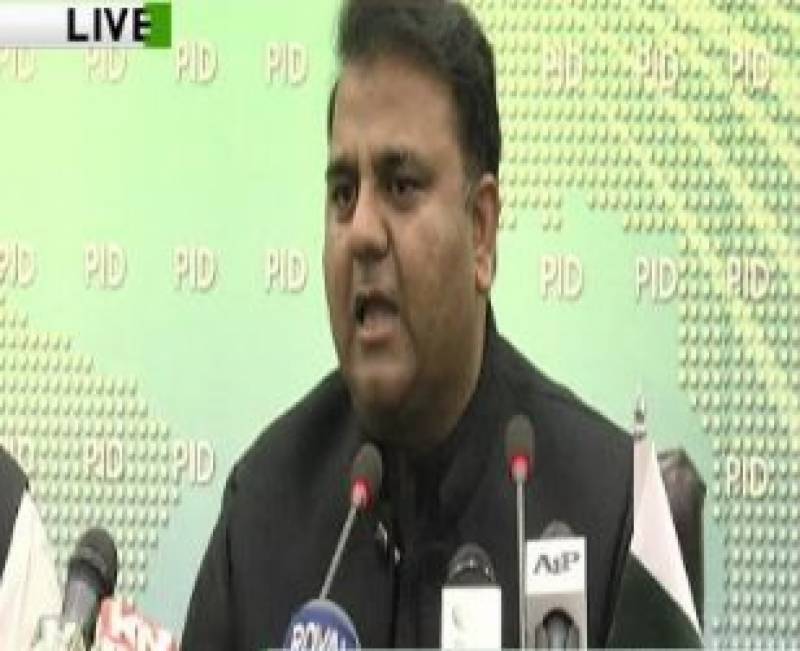 Talking to media after the cabinet meeting, Fawad Chaudhry said that the government will take measures to bring back Sharif's sons, Hasan and Hussain Nawaz, as well as former finance minister Ishaq Dar to the country as they were "absconding criminals of the state".

They are named in corruption references filed by the National Accountability Bureau (NAB) and have been declared as absconders by an accountability court, he said.

Fawad added that the law ministry has been directed to contact the British government over the Avenfield properties.

He added that an accountability task force has been established to bring back all illegal assets made by Pakistanis abroad.

Fawad said the cabinet has decided that the process of accountability will be started from the PM and the cabinet members for which they will again declare their assets before the people of Pakistan.

The information minister said the cabinet has withdrawn medical facility for ministers and members of the parliament abroad.

He said auction of extra luxury vehicles of the Prime Minister House was also approved.

Two committees have been formed to review heritage and general properties of the state to make them beneficial for the common people, he added.

The minister made it clear that employees working on these properties will be given complete service protection and they will not be deprived of their jobs.

Fawad said ministers and bureaucrats will restrain themselves from foreign visits and Prime Minister Imran Khan will not go on any trip abroad for next three months.

He said the minister of water resources has been directed to present a report regarding Diamer-Bhasha dam and other reservoirs.

The cabinet discussed future strategies of the new government in different spheres of life including economic challenges and austerity measures.